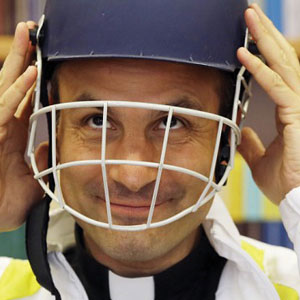 The Vatican will soon have its own cricket team, the St. Peter's Cricket Club. Training matches that will lead to the formation of the cricket club are being held in Rome, according to an NPR report.

The pool of potential players includes some 350 priests and seminarians from cricket-playing nations who live and study in Rome, according to Sri Lankan Francis Jayarajah, president of Italy’s national cricket team.

The spiritual director of one of those colleges, Rev. Eamon O’Higgins, sees the Vatican cricket team as a way to promote interfaith relations by playing against teams of Hindus and Muslims.

The Vatican team has already challenged the Church of England to a match at Lord’s Cricket Ground in London. After that contest, they might challenge a team from India. So don’t be surprised if you come across a headline like this: “Victory for Varanasi over Vatican.”