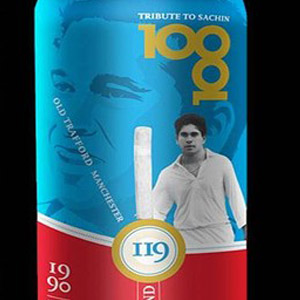 If you’re a fan of the recently retired Sachin Tendulkar—and who isn’t—you might be tempted to spend 99,999 rupees for 100 limited-edition Coca-Cola cans. They’re being sold on Amazon.in as a benefit to Charities Aid Foundation India. Each can depicts one of Tendulkar’s 100 international centuries, with a picture from the actual match, his century number, total runs scored and other details. The collection also comes with a signed Certificate of Authenticity from Tendulkar. You won’t find any Coke in the cans—they’re empty—but they might make a great conversation piece in your home, especially if you like talking about the man who will be remembered for centuries.