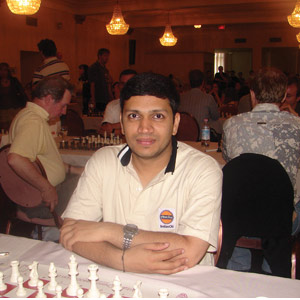 Each team has six players from all over the country, including at least one grandmaster. Grandmasters Abhijit Kunte and Vidit Gujarathi each fetched Rs. 1.2 lakhs in a player auction, with woman grandmaster Eesha Karavade not far behind at Rs. 85,000.

It’s a good sign for chess in India, which has captured the interest of youth partly because of Viswanathan Anand’s feats. The five-time world chess champion, who attended the player auction, will attempt to regain his world title this November when he faces current champ Magnus Carlsen of Norway.

Anand, 44, earned the right to challenge the 23-year-old Carlsen by recently winning a double round-robin FIDE Candidates tournament in Russia. Carlsen will be a heavy favorite, but few chess fans in India will raise their eyebrows if Anand reigns supreme again.