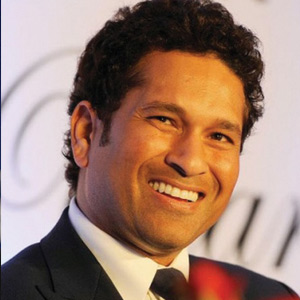 Sachin Tendulkar is one of the greatest cricket players ever, a titan in his sport. But poor Maria Sharapova had never heard of him, never heard of a man who is so beloved in India, he could endorse a brand of darkness cream and millions of people would buy it.

The Russian tennis star had just lost a match at Wimbledon and was asked about Tendulkar, who happened to be in a star-studded gallery watching her. Sharapova made the mistake of admitting that she didn’t recognize the recently retired batsman. The legend’s fans were aghast at this indignity to their hero and lashed out at Sharapova on Facebook, Twitter, and other social media.

But it’s hard to fault Sharapova for not recognizing Tendulkar, as magnificent as he is. Cricket, after all, isn’t quite as popular as tennis or football around the world. Tendulkar is surely as accomplished in cricket as Roger Federer in tennis or Lionel Messi in football, but he’s virtually unknown in dozens of countries, including the two countries where Sharapova has spent most of her life, the United States and Russia.

When Tendulkar is mobbed by autograph seekers while visiting New York City, you can bet at least half of them are immigrants from India, Sri Lanka, Guyana, and other cricket-playing nations, while the other half aren’t quite sure who he is.

Man: “Hey, that guy must be famous. Everyone’s going crazy. Let’s get his autograph!”

Man: “I’m not sure, but I think he’s that guy from Slumdog Millionaire, Anil Kapoor.