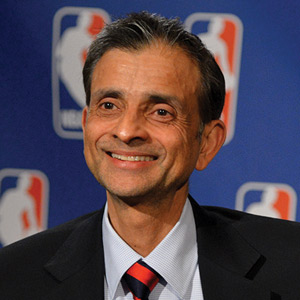 The NBA’s Sacramento Kings have an Indian-American owner, Vivek Ranadive, and recently signed a seven-foot-five player of Indian descent. Indo-Canadian Sim Bhullar became the first person of Indian origin to join an NBA team when he signed a summer contract with the Kings. He turned pro after just two seasons at New Mexico State University, where he averaged 10 points, 8 rebounds and 3 blocks during his sophomore year.

“Guys my size don’t have very long careers and you have to take advantage of it and do the best you can with the time you have to play,” Bhullar told Canada’s Globe and Mail, explaining his decision to leave college early. “I didn’t want to get hurt in another college season and ruin my chances.”

He has dreamed of playing in the NBA since he was a child growing up in Toronto. Making the final roster of the Kings and actually playing in an NBA game is the next challenge for Bhullar, as he tries to keep his dream alive.