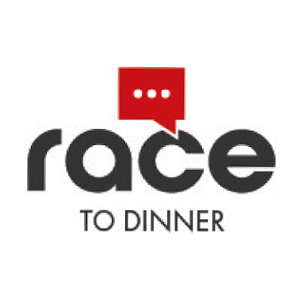 “Until and unless white women are willing to disrupt white supremacy, we will never see change. White women: you have the power to disrupt and dismantle the hate,” their website states.

Rao and Jackson are getting their message across through a novel approach: they’re asking white, liberal women to host dinners at their homes for groups of their white friends. For a fee of $2,500 (which can be split among the guests or paid by the host), Rao and Jackson will attend each dinner and speak candidly to the women about their role in perpetuating racism.

The dinners are not meant to be delicate conversations, but “uncomfortable, intriguing, raw, personal, and hopefully refreshing,” as their website says.

“I’d spent years trying to get through to white women with coffees and teas—massaging them, dealing with their tears, and I got nowhere,” Rao told The Guardian. “I thought, if nothing is going to work, let’s try to shake them awake.”

Since 2019, when they started Race to Dinner, Rao and Jackson have attended about 15 dinners. They do not speak to women who voted for Donald Trump, or to white men, believing they can have the biggest impact on liberal women willing to confront their shortcomings.

“White men are never going to change anything,” Jackson said. “If they were, they would have done it by now.”