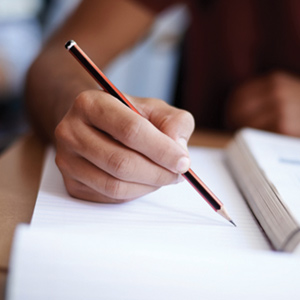 A new Pew Research Study looked at education levels of religious groups in 151 countries and found that Hindus in America, on average, have 15.7 years of formal schooling. That’s higher than the education level of Jews (14.7), Muslims (13.6), Buddhists (13.4), and Christians (12.7). The average for all Americans aged 25 and older is 12.9 years of formal education.

As Caryle Murphy of the Pew Research Center notes, “In some cases, this difference in attainment between religious minorities and majorities is because members of the minority religious groups were selected under immigration policies favoring highly skilled applicants.”

Indeed, many Indians attained their green cards through employment-based immigration that favors those with advanced degrees. Some of these immigrants have PhDs and bring up the average considerably, just as the average height in a restaurant shoots up when an NBA center walks in.

In other words, if India was a neighboring country, the average education level of Hindus in America would decrease significantly. That’s because Hindus globally average 5.6 years of formal education, and as anyone manning the border would tell you, you don’t need a college degree to dash across.