IF AT FIRST YOU DON’T SUCCEED, RUN AGAIN 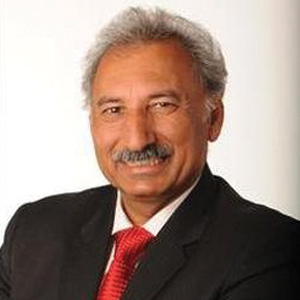 Kumar, who is founder and president of Therapeutic Residential Care Services Inc., has previously run many times unsuccessfully for a seat on the Concord City Council and lost in the primaries last year for a seat in the California State Assembly.

“Success is not measured in terms of losing an election,” the Democrat told India West. “For me success is making a positive contribution and to raise issues which other elite politicians are not talking about.”

“If an undocumented individual is living in California peacefully and wholeheartedly abiding by the laws of the state, then he/she should have nothing to fear,” Kumar says on his campaign website, DrKumar4Governor.com.

Kumar, who immigrated to America in 1990, faces stiff competition in the governor’s race in 2018, but his perseverance may pay off in the long run, as it has for other Indian-American politicians.

Congressman Raja Krishnamoorthi of Illinois, for one, lost a bid for Illinois Comptroller in 2010 and the U.S. House of Representatives in 2012 before breaking through in last November’s election.