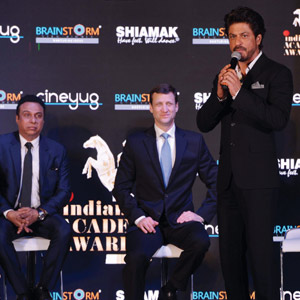 Does Bollywood need another award show for its actors and actresses? Shah Rukh Khan apparently thinks so. The screen idol recently helped launch the Indian Academy Awards, which will be held in California and recognize achievements in Bollywood, Hollywood, and Tollywood, according to an IANS report.

“I love being a movie star, and I love awards,” Khan said. “My awards are the collective applause for the work that I have done that year or on a film.”

If Khan ever feels lacking for applause and recognition, all he needs to do is visit the Wikipedia page entitled, “List of awards and nominations received by Shah Rukh Khan.”

The Indian Academy Awards will be a two-day event in Silicon Valley this July, featuring live performances by various Bollywood stars, including Khan.

Soon after that, with any luck, his Wikipedia page will be expanded by a line or two.