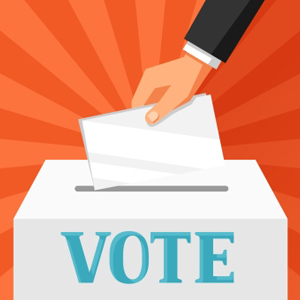 Taking a page from Donald Trump’s book, a New Jersey politician who lost an election last November to an Indian-American opponent has blamed illegal voting for the result.

Democrat Shreekant Dhopte, an IT manager for a pharmaceutical company, defeated incumbent Sam Davis by 117 votes to become the new committeeman in the rural township of Chesterfield, New Jersey.

After running unopposed in the previous election, Davis was apparently miffed about losing his seat to an Indian-American candidate who received plenty of support from the local Indian-American community.

“IT Indian guy ran against me and he beat me by 116 votes (sic),” Davis wrote on Facebook while complaining about illegal immigrants. “I know for a fact that all the Indian people in Chesterfield voted for him and I also know that they are not United States citizens.”

Davis, 64, a retired school teacher, added that the Burlington County Prosecutor’s Office was investigating illegal voting and he hoped all the illegal voters would be slapped with $15,000 fines. He told the Philadelphia Inquirer that he didn’t want to sound racist, but “I have the right to know if they’re citizens.”

Balvir Singh, a member of the county’s freeholder board, denounced Davis’s comments. “He lost an election, and he cannot fathom that the overwhelming number of white people in the town rejected him,” Singh told the Inquirer. “His only recourse is to think that this must be voter fraud.”

In November 2016, after receiving almost 3 million fewer votes than Hillary Clinton, Trump alleged that millions of people had voted illegally for Clinton.