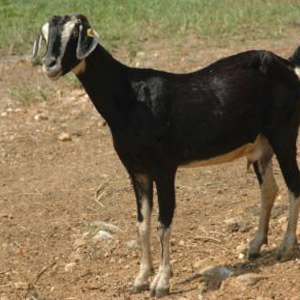 If you’re a well-behaved animal, it’s almost impossible to make the news. Nobody really cares if an animal is well-trained and has followed the rules. But the moment the animal does something wrong, the reporters and TV cameras show up.

Take the goat named Babli in Chhattisgarh, for example. It was recently taken into custody, along with its owner, Abdul Hassan, after it made the mistake of straying into a neighbor’s yard and eating flowers and vegetables. Unfortunately for the female goat, the neighbor was no ordinary citizen. He was a judge.

“We received a written complaint from the judge’s office on the basis of which we have registered a case,” assistant sub-inspector R. Srivastav told SkyNews. “An investigation is on and the goat has been arrested.”

Srivastav did not release a mug shot of the goat, nor did he describe the goat’s response when a police officer read the charges to it.

Goats, even at their worst, do not cause much damage, which explains why they rarely make the news. Elephants, on the other hand, are frequent headline-grabbers. The wild elephant that recently went on a rampage in the town of Siliguri, West Bengal, found itself pictured in numerous newspapers worldwide.

The elephant knocked over shacks and trampled motorbikes, causing quite a scare. The authorities had to use four tranquilizer darts to knock out the elephant. It was eventually returned to the forest, with help of a crane and harness—but it was smart enough not to damage anything belonging to a judge.