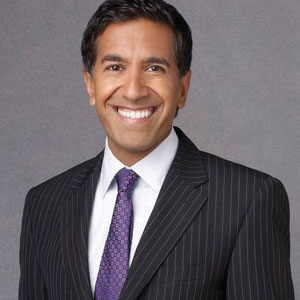 Dr. Sanjay Gupta of CNN recently apologized for his previous stance on medicinal marijuana, stating in an article that “it doesn’t have a high potential for abuse, and there are very legitimate medical applications.” His research for a documentary had convinced him that marijuana can immensely help certain patients.

But Gupta cautioned against the use of marijuana by young people. “Young, developing brains are likely more susceptible to harm from marijuana than adult brains,” he wrote, adding that he’d advise his children, if they insisted on trying marijuana, “to wait until they’re in their mid-20s when their brains are fully developed.”

That’s good advice. It’s also a good idea not to tweet about using marijuana, as long as it’s illegal. Just ask Sunith Baheerathan, a young South Asian man in the Toronto area, who lost his job at Mr. Lube last month after sending out a tweet asking if any dealers could deliver some weed to him, so he could last until closing time. He promptly received a tweet from the regional police department: “Awesome! Can we come, too?” The police informed his employer and soon Baheerathan was sending another tweet: “Just got the call of termination.” The moral of the story: Don’t toke and tweet.