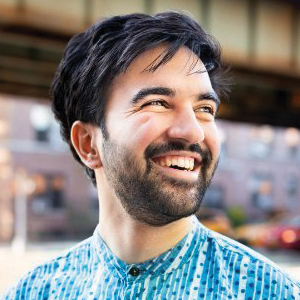 If America’s Founding Fathers can rap exquisitely in the acclaimed Broadway musical Hamilton, don’t be surprised if Zohran Mamdani does the same on the floor of the New York State Assembly.

Mamdani, after all, was once known as Mr. Cardamom, whose musical output includes a rap video called “Nani,” shot partly on Astoria Boulevard subway platform and featuring food writer Madhur Jaffrey as a foul-mouthed grandmother.

A member of the Democratic Socialists of America, Mamdani defeated the incumbent Assembly Member Aravella Simotas in the recent Democratic primary. He will likely run unopposed in the general election in November.

Mamdani had never run for elected office before, but his promotional skills as a musician helped him in his political campaign.

“When you are a C-list rapper, seeking to get the word out about your music, in many ways you are using the same principles of being an organizer,” Mamdani told TheIndypendent. “The same thing that drove me to make a video on the Astoria Boulevard subway platform is the same thing that drew me to speaking to voters at that very platform, which is that this is what captures our actual life. This is where people are actually at.”