COVID-19  In-depth info for Indians in Atlanta/Georgia. Click here
Home > Magazine > ChaiTime > Musk to Agrawal: 'What did you Get Done this Week?'

Musk to Agrawal: 'What did you Get Done this Week?' 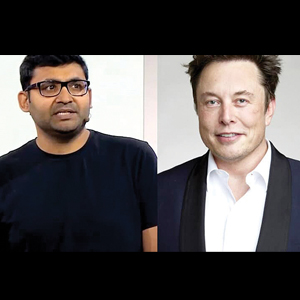 After trying to cancel his deal to buy Twitter for $44 billion, Elon Musk is once again showing interest in acquiring the company. That would likely mean the departure of Twitter CEO Parag Agrawal.

Text messages between Musk and Agrawal, disclosed in Delaware court filings, show a relationship that started off warmly, but cooled off within two weeks.

On March 27, after hearing that Musk was interested in Twitter, Agrawal texted: “Hey Elon - great to be connected directly. Would love to chat.”

Four days later, the men met for dinner near San Jose, California. The meeting went well, and Agrawal announced that Musk would be joining Twitter’s board. In their next few texts, they seemed to bond over their mutual interest in coding and engineering. Agrawal told Musk to “treat me like an engineer instead of a CEO.”

Musk shot back: “What did you get done this week?” Forty seconds later, he texted, “I’m not joining the board. This is a waste of time.” And 15 seconds after that: “Will make an offer to take Twitter private.”