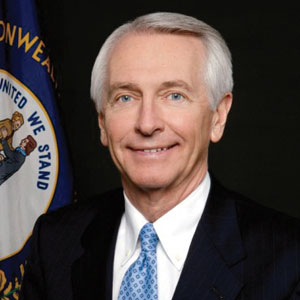 The Republican nominee for governor in Kentucky, David Williams, was trailing in the polls and looking for an opportunity to make some ground on incumbent Gov. Steve Beshear. So when Beshear attended a groundbreaking ceremony in late October for an Indian-owned factory and participated in a Hindu bhoomi poojan, Williams pounced.

“He’s there participating with Hindu priests, participating in a religious ceremony,” Williams said, according to the Lexington Herald-Leader. “He's sitting down there with his legs crossed, participating in Hindu prayers with a dot on his forehead with incense burning around him. I don’t know what the man was thinking.”

Rajan Zed, the self-styled Hindu spokesman, was quick to respond. “Kentucky governorship candidate David Williams should apologize for the reported comments about the Hindu ceremony, because if elected on November eighth, he would be the governor of all Kentuckians, including Hindu Kentuckians,” he said in a statement.

How many “Hindu Kentuckians” went to the polls on Nov. 8 is unclear, but Beshear was easily re-elected with 56 percent of the vote, while Williams was 20 points behind. Future gubernatorial candidates may decide that participating in Hindu prayers is better than having no prayer whatsoever.