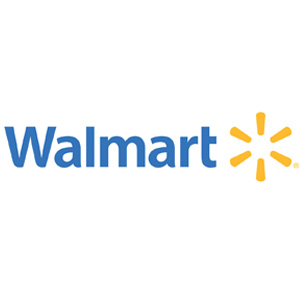 The wait is almost over for tens of thousands of Indians who returned to India after spending years in America. In just 12 to 18 months, they will get to shop at Walmart again, get to buy denim jeans, Uncle Ben’s Instant Rice, and high-def TVs, all under the same 10-mile-wide roof.

Walmart’s recent announcement that it will open an undisclosed number of stores in India came within days of the Indian government’s decision to allow foreign companies to have majority ownership in multibrand stores and within weeks of every Indian politician receiving a free Sam’s Club membership.

“Finally I get to buy the Walmart brands again,” said an ecstatic Anushka Kumar, a computer programmer who returned to Chennai from Chicago in 2005. “You don’t know how much I missed Sam’s Choice, Great Value, and Equate.”

“We loved Equate,” said her husband, Raj. “We bought Equate shampoo, Equate dental fl oss, even Equate condoms. Thanks to Equate, we were able to raise 12 children in America.”

Former Walmart customers in India cited a variety of other reasons for their excitement.

“The best thing about Walmart is the exercise,” said Madhuri Johal of Mumbai, a former journalist in Pennsylvania. “It took me 30 minutes to walk from one end of the store to the other end. And another 30 minutes to walk to my car in the parking lot. Every time I shopped at Walmart I lost five pounds.”

“I miss seeing all those Chinese products on the shelves,” said Raj Bhakta of New Delhi, who returned to India in 2008. “We have some big stores in India, but they just don’t have that same ‘Made in China’ feel.”

“For me, it was the prices,” said Pramod Jayesh of Kolkata, who lived in the Houston area for more than a decade. “Walmart has the lowest prices. Sometimes I felt like I was stealing from them. And then I would look in my pockets and realize that I was. Thankfully they didn’t press charges when I returned all the DVDs that I had accidentally put in my pockets—even after I accidentally watched them a few times.”