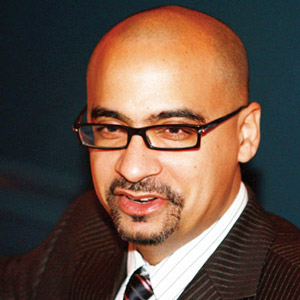 “I produce films that I like, scripts that move me and touch me and that I know nobody else will produce.”—Aamir Khan, whose upcoming production, Delhi Belly, is a comedy about three friends who get mixed up with the mob. ( Los Angeles Times)

“People looked at us like we were aliens, like we are from another planet. But we didn’t give up.”—Gurmeet Kaur, 67, recalling the reception she and her turban-wearing husband received when they immigrated to metro Detroit in 1974. ( Detroit Free Press)

“It was not done with malice, and if I had known that that made-up word would be connoted as a racial insult I would not have said it.”—Former Sen. George Allen (R-Va.) who hopes to reclaim the Senate seat that he lost in 2006 after using the racial slur “macaca” while addressing an Indian-American college student. (BearingDrift.com)

“White people were looking for you when they found us, so we have something in common.”—Pulitzer Prize-winning author Junot Diaz, a native of the Dominican Republic, speaking at the recent Jaipur Literary Festival. (The Globe and Mail)

“I’d have to travel from store to store and spend 45 seconds cracking each card. I estimated that I could expect to make about $600 a day. That’s not bad. But to be honest, I make more as a consultant, and I find consulting to be a lot more interesting than scratch lottery tickets.”— Mohan Srivastava, a Toronto-based geological statistician who discovered a flaw that allowed him to crack Ontario’s “Tic Tac Toe” scratch lottery tickets. (Wired.com)

“I’ve seen it in movies and I had in my mind, ‘Why is India not having this?’ It’s innovative.”—Satya Chaudhary, 22, who did his laundry at QuickClean in New Delhi, India’s first-ever laundromat. (The Globe and Mail)