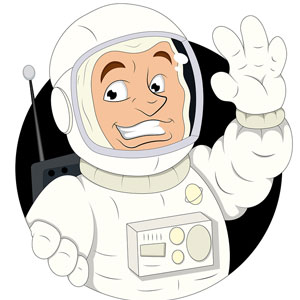 The Mars One Astronaut Selection Program recently asked people from all over the world to submit applications to become the first human settlers on Mars. More than 200,000 people submitted applications, eager to make a one-way trip to the red planet. About 25 percent of the applicants were Americans, each paying a $38 application fee. One middle-aged, divorced man from New York paid $380 to submit 10 applications, hoping to increase his chances of going. He called it a “small price to pay for a once-in-a-lifetime chance to go as far away as possible from my ex-wife.”

After conducting some in-depth research on the Mars program, I decided to answer questions from readers about it.

Question: How much will the first Mars mission cost and who will pay for it?
Answer: The first mission will cost $6 billion. Organizers hope to sell broadcasting rights for shows and movies about the colonization of Mars. If that doesn’t work, they will sell naming rights to Mars. In a few years, it might be called the 5-Hour Energy planet.

Q: Before sending humans to Mars, shouldn’t they first send monkeys there?
A: They tried to do that, but couldn’t find any monkeys willing to pay the application fee.

Q: If we are called earthlings, what will people who live on Mars be called?
A: They will be called marsupials.

Q: I heard that Mars does not have a Pope yet. Do you think I could go there and become Pope?
A: No, Mars already comes under the jurisdiction of Pope Francis. But the Vatican is accepting applications for Archbishop of Mars. The application fee is $38.

Q: What happens if I go to Mars, do not like it there and want to come back to earth?
A: The Mars program, unfortunately, does not have a return policy. The application fee will not be returned and neither will you.

Q: What if the Mars rocket ends up taking me to another planet by accident? Or worse, what if it lands on another part of earth, like North Korea? I do not think I could survive in North Korea.
A: Don’t worry. North Koreans do not bite. Unless you happen to be South Korean.

Q: I heard that Mars does not have oxygen. Will I have to breathe another gas, like fluorine?
A: While oxygen does not exist naturally on Mars, it will be produced there (by splitting water into hydrogen and oxygen) and sold at special oxygen stations. The price of oxygen will be controlled by OPEC (oxygen-producing exploitation cartel).

Q: What will people on Mars do for food and entertainment?
A: Details are still sketchy, but it’s believed that they will eat lots of Earth bars and listen to music by some guy named Bruno Earth.

Q: Is it possible that the Mars program is a total scam? Are they just trying to make money from all the application fees?
A: I checked with the FBI. They advise you to exercise caution when dealing with individuals who are eager for you to leave earth, whether it’s the Mars One organizers or the people in your will. They also warn you not to give money to a Republican organization that has been collecting millions of dollars for a space mission, calling itself MARSBOM (Movement of Americans Rallying to Send Barack Obama to Mars).