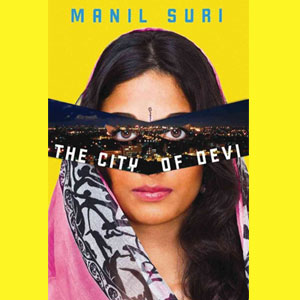 Manil Suri won a literary prize in December for his novel The City of Devi, but it’s not exactly a prize that authors covet. Literary Review, a British literary magazine, awarded him the 21st Bad Sex in Fiction Award. He became only the second author of Indian origin to win the award, joining Aniruddha Bahal, who won it in 2003 for his spy thriller Bunker 13.

The judges were “impressed” with the following passage from Suri’s novel, describing a scene involving three characters:

“Surely supernovas explode that instant, somewhere, in some galaxy. The hut vanishes, and with it the sea and the sands—only Karun’s body, locked with mine, remains. We streak like superheroes past suns and solar systems, we dive through shoals of quarks and atomic nuclei. In celebration of our breakthrough fourth star, statisticians the world over rejoice.”

Suri can be forgiven for the last line—he is,
after all, a mathematics professor at University of Maryland, Baltimore County (UMBC), and just couldn’t help himself.