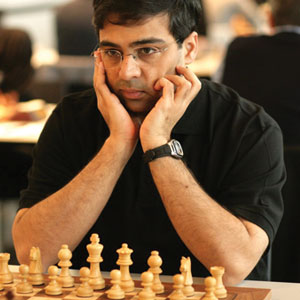 It wasn’t easy, but India’s Vishwanathan Anand managed to retain his World Chess Championship title in late May by defeating Israel’s Boris Gelfand in a rapid game tie-breaker after the pair were deadlocked 6-6 in their 12-game match in Moscow. Anand, 42, has now won four World Chess Championships in a row and fi ve in his career.

The undisputed World Chess Champion since 2007, Anand has to be considered one of the greatest Indian sportsmen ever—as long as you regard chess as a sport on par with cricket. Whatever the case, Anand deserves all the adulation and money he’s being showered with in India. He has done something most chess fans never imagined when the Russians were dominating the sport.

After his victory, Anand met Russian President Vladimir Putin and told him how much he benefited, as a youngster, from playing chess at the Russian Cultural Centre in Chennai. Putin’s response: “So we brought this on ourselves!”