THE ‘GLOBAL FASHION SUPERSTAR’ FROM INDIA 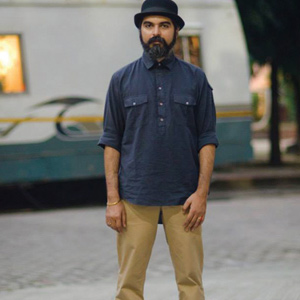 Saks Fifth Avenue will soon feature items from a clothing label called Sukhetdhir. The man behind the designs, Sukhet Dhir, has been called a “global fashion superstar in the making” by Vogue.com and was recently profiled in the New York Times.

A former call center worker, Dhir found his calling after a friend, noting Dhir’s unique way of dressing and interest in a fashion TV channel, suggested a career in fashion design.

He has been influenced by not just Indian styles, but a wide range of Western styles. His inspirations include Clark Gable’s swallowtail coats from Gone with the Wind and Paul Hogan’s buccaneer attire from Crocodile Dundee.

As an Indian designer who still operates on a small scale, his considerations go beyond the mere appearance of his products.

“When I’m designing, I’m thinking about the final look of the product, of course, but also about the practical execution,” Dhir told The Times. “How will I get that dyed? How will I reach the weaver’s village? Where will I stay? Will there be a toilet there? As a designer, these things become part of your whole everyday life.”