THE SIKH BUS DRIVER WHO PERSEVERED 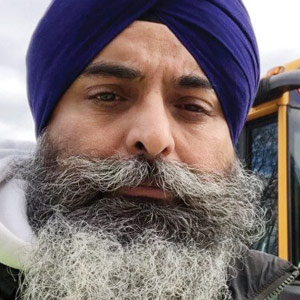 The first Sikhs came to America more than 130 years ago, but practicing Sikhism remains a challenge in many walks of life. Sawinder Singh’s experiences as a school bus driver in Montgomery County, Maryland, exemplify the indignities that many Sikhs have endured.

“Working with the school system, to me, it was a kind of honor, and especially working with students and children,” he told the Washington Post. “I felt that I am going to start their day and end their day. I was very happy about it.”

But his turban and beard made him the object of numerous taunts, not just from students but also co-workers and supervisors. As documented in a complaint filed with the federal Equal Employment Opportunity Commission in 2016, co-workers called him names such as “Osama bin Laden,” “al-Qaeda,” and “Taliban.”

On one occasion, when he took a wrong turn, a group of students shouted that he was kidnapping them. Another time, a student began to board the bus, then recoiled, saying, “Look at the driver! We are all going to die today!”

The Montgomery school system recently reached a settlement with Singh that makes him a bus route supervisor and creates a plan to improve the workplace climate and cultural understanding.

Instead of quitting his job, as some people may have done, Singh has helped improve working conditions for him and others.

“Working with the school system is a great thing and now hopefully the district will be more helpful for people like me,” he told Bethesda Magazine. “I’m hoping it is a better place to stay because I don’t want to move anywhere else.”