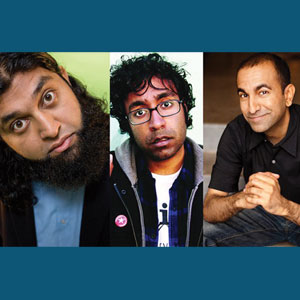 “It was to show democracy, tolerance, diversity,” Satyal told NPR’s Elizabeth Blair. “And specifically, when you send Indian-Americans to India, it’s funny because we’re like them, but we’re not like them.”

The cost of the tour was brought up recently in a somewhat surprising venue: a Senate Foreign Relations Committee hearing about the attack on the consulate in Benghazi, Libya. Noting that Secretary of State Hillary Clinton may not be aware of everything that happens in her department, Republican Senator Rand Paul said to Clinton: “I can understand that maybe you’re not aware that your department spent $100,000 on three comedians who went to India on a promotional tour called ‘Make Chai, Not War.’”

Blair, reporting for NPR, ended her piece with this note: “Senator Paul called the tour ‘Make A Chi, Not War.’ Chi, not chai. Satyal says he thought that was interesting coming from a member of the Tea Party.”