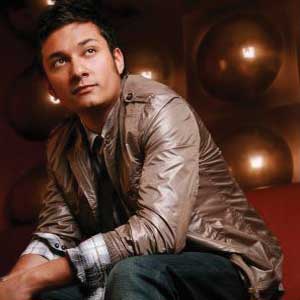 RAGHAV FACTS
Born in Toronto to Punjabi immigrants, Raghav Mathur grew up in Calgary and Fort McMurray, Alberta. His parents listened to Hindi and Indian classical music, and when he was just four, he started singing some of the songs he had heard on the cassette deck of their car. He soon began taking music lessons and immersing himself in various genres.
At 17, he went to Los Angeles for vocal training with Seth Riggs, the vocal coach for Madonna and Michael Jackson, and a year later moved to Liverpool, England, to study at the Liverpool Institute of Performing Arts.
In 2004 his debut CD, Storyteller, was released, producing five hits on the British charts and selling more than a million copies. His second album, Identity, was released in India and the Middle East and rose to No. 3 on the Indian charts.


His latest album, The Phoenix, is his first North American release and includes the single “Fire,” which he performed at the opening ceremony of the IPL in Chennai on April 8.

RAGHAV BY THE NUMBERS
3 Albums he has produced
5 Top ten songs on the UK singles chart
16 Age he wrote his first award-winning song
30 His current age (he was born April 3, 1981 in Toronto)
6,700 Followers on Twitter
1.6 million Copies of his debut album sold worldwide

RAGHAV QUOTES
“I grew up in Calgary, so I listened to a lot of country music. And it’s affected me in the way that if you break down any of my songs, even the Hindi ones, I think they’re all country songs.” (OMNI TV)

“If you and I walked (downtown) every brown face will know who I am, because they get me from satellite in India and they get all of the channels from Europe. . . and I obviously have a lot of Middle Eastern fans. But everyone else is like, ‘What's a Raghav?’” (Calgary Herald)

“I never, ever go into a studio and say ‘This track is going to reach out to this demographic or that demographic.’ That’s why I make Hindi records. …I think that a record has to be based on who you are in with and what you are feeling, what story you want to tell.” (DesiHits.com)

RAGHAV ON THE WEB