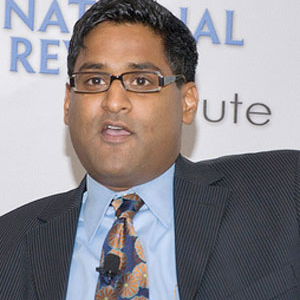 He began writing for National Review a dozen years ago and is now senior editor of the conservative opinion magazine. Since mid-2007, he has written the “Right Matters” column on WashingtonPost.com. He has been widely published, including in the New York Times, the Wall Street Journal, The Weekly Standard, and The New Republic, and made many TV appearances, including on The Daily Show and The Colbert Report. His book, The Party of Death: The Democrats, the Media, the Courts, and the Disregard for Human Life, was published in 2006 by Regnery Publishing.

PONNURU BY THE NUMBERS

“When I first became interested in politics, in high school, I tended toward liberalism. But I was cured of that well before I became an adult.” (IgnatiusInsight.com)

“Sometimes I like to think that I’m changing people’s minds, as when I enter various intra-conservative debates. At other times I assume readers already believe the same general things I do, but provide some information they had not had or an argument they had not thought of.” ( Columbia Journalism Review)

PONNURU ON THE WEB

http://tinyurl.com/y8o3e4g
Ponnuru talks to Jon Stewart on The Daily Show