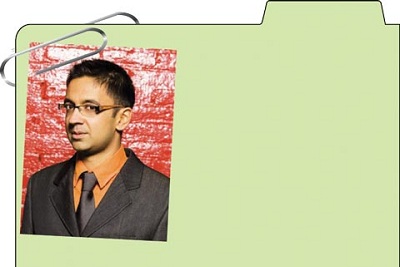 IYER BY THE NUMBERS

1 Ranking of his jazz album “Historicity” in 2009
3 Age when he began taking violin lessons
6 Age when he started playing the piano
13 Albums he has produced or co-produced
15 Years of Western classical training on the violin
39 His current age (He was born in Rochester, NY, in 1971)

“I was certainly surprised it (“Historicity”) ranked so high. You can never foresee this kind of thing. I tried to make an album I liked.” (Hindustan Times)

“There are all kinds of desis in American culture now: artists, activists, musicians, authors, TV and movie stars, comedians, politicians, and of course the more ‘traditional’ careers. I think the privilege of being complicated is something we had to rise up and claim. It took us a few decades, but we’ve done it.” (SepiaMutiny.com)

“I was born and raised here and 100 percent immersed in American culture. To me, it was never a question of how American I was, but to others it is always a question.” (Huffington Post)

The son of South Indian immigrants, Iyer took to music at an early age, teaching himself how to play the piano. He earned an undergraduate degree in mathematics and physics from Yale, then went to UC Berkeley for an interdisciplinary Ph.D. in music and cognitive science.

He began pursuing his interest in jazz at local clubs while in graduate school, and would eventually collaborate with a number of performers, including saxophonist Rudresh Mahanthappa. His current group is called the Vijay Iyer Trio, with Iyer on piano, Marcus Gilmore on drums and Stephan Crump on bass.

Their album “Historicity” was named the #1 Jazz Album of 2009 by The New York Times, Los Angeles Times and other media outlets. Iyer, a faculty member at Manhattan School of Music and New York University, was named the 2010 Musician of the Year in the Jazz Journalists Association Annual Jazz Awards.

IYER ON THE WEB

Iyer talks about “Historicity” in this video.