Alpa Amin and Sucheta Rawal among “40 Under 40” 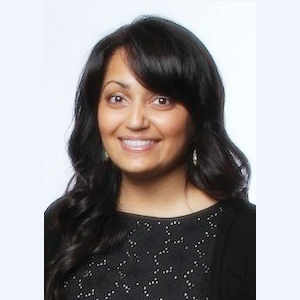 Alpa Amin and Sucheta Rawal were selected by Georgia Trend magazine for its 20th anniversary list of outstanding Georgians under the age of 40—the state’s best and brightest. The 2016 40 Under 40 represent business, government, politics, nonprofits, science, healthcare, and education. The 40 were chosen from nominations made by readers throughout the state and their stories were shared in Georgia Trend magazine.

Alpa Amin is Lead Attorney for the Victims of Violence Project, Georgia Asylum and Immigration Network (GAIN). Alpa Amin chose neither a typical nor an easy legal career by advocating for some of the most isolated and disadvantaged members of our society: immigrant victims of domestic violence, sexual abuse, and human trafficking.

As the lead attorney of a program she started, Victims of Violence, at the nonprofit Georgia Asylum and Immigration Network, Amin created a new way to deliver free legal help to people who need it most. She screens and supports applicants, and mentors and advises volunteer lawyers, while personally handling some of the trickiest cases.

“It’s such rewarding work, but I don’t know if it gets as much recognition in the legal community,” she says. “People joke, ‘When are you going to get a real lawyer job and be in a suit in a courtroom?’ but I beg to differ. We’re doing good, and we’re helping people the way lawyers should be helping them.”

Ms. Amin began her work with GAIN in 2008 as a Law and Policy Assistant, and in 2009, received an Equal Justice Works Fellowship through Greenberg Traurig and King & Spalding to develop and oversee GAIN’s Victims of Violence Project. In her current position, Ms. Amin recruits, trains and mentors volunteer attorneys from the Atlanta legal community and provides direct representation to immigrant victims of human trafficking, domestic violence, and sexual assault who need assistance with filing T-visas, U-visas, and VAWA Self-Petitions/Battered Spouse Waivers.

Ms. Amin is an Adjunct Professor of Immigration Law at Atlanta’s John Marshall Law School, a member of the Georgia Statewide Human Trafficking Task Force, and a graduate of the Leadership Buckhead Class of 2016. She works closely with federal, state, and local law enforcement and is a frequent guest speaker on issues surrounding vulnerable immigrant communities.

Ms. Amin received a B.A. in Political Science with a concentration in Legal Studies from Virginia Tech, and her J.D. from Atlanta’s John Marshall Law School. 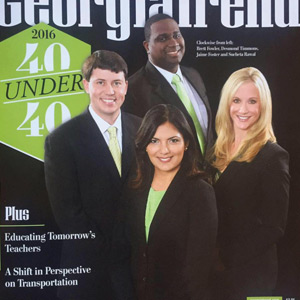 Sucheta Rawal of Go Eat Give (at bottom) on the cover of Georgia Trend magazine. (Photo: Jennifer Stalcup)

Sucheta Rawal is Founder of Go Eat Give. “I grew up in India, and in my society there were only two career paths: doctor or engineer,” Sucheta Rawal says. “Worst case, you become an investment banker. That’s what I did.” Sucheta Rawal soon left that corporate career to follow her real passions: food, travel and cultural awareness. Beginning as a part-time blogger, today she is a renowned food writer, teaches cooking classes, and runs her nonprofit, Go Eat Give. She organizes sustainable and culturally aware trips designed to provide a vacation with authentic experiences of a place, its people, and its food.

She chose to move to Atlanta because of its gastronomical diversity, completely different from India where “you could only get Indian food or Chinese-Indian food. For me it was like discovering a whole new world right in this city.”

And, despite her travels to more than 60 countries, “In 19 years of living here, I’m discovering new things every day.”