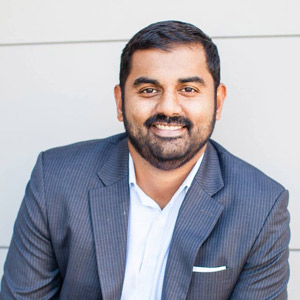 Mayor Keisha Lance Bottoms has announced that Amol Naik has been named Chief Resilience Officer for the City of Atlanta. In this role, he will be responsible for ensuring progress towards the Administration’s established goals of becoming more resilient to the physical, social and economic challenges we face as a city.

The Chief Resilience Officer position is a byproduct of the city’s partnership with 100 Resilient Cities – Pioneered by The Rockefeller Foundation (100RC), which the City of Atlanta joined in 2016. 100RC has provided grant funding and technical support for the Office of Resilience and was instrumental in the creation and release of Atlanta’s first citywide Resilience Strategy – “Resilient Atlanta” released in 2017.

The Chief Resilience Officer will help establish Atlanta as a national leader in improving the quality of life for our residents, especially those living in vulnerable communities, and will continue working to implement the city’s Resilience Strategy.

“As Atlanta continues its unprecedented growth, it is imperative that we guide that growth in a way that considers both our immediate needs and our long-term vision,” said Mayor Bottoms. “Our mission is to give our residents the resources they need to create their own personal success stories. Amol Naik has the experience, vision and passion necessary to take on these challenges and help us become the resilient, thriving city we know we can be.”

“100 Resilient Cities looks forward to our continued partnership with the City of Atlanta and Amol Naik in his role as Chief Resilience Officer,” said Otis Rolley, Managing Director for North America at 100RC. “We see significant opportunity to continue prioritizing the ideas and goals laid out in the city’s Resilience Strategy and look forward to partnering on the execution of the actions and initiatives laid out in its pages.”

A seasoned attorney and public policy professional, Naik is currently Director of Legal and Public Affairs for Atlanta-based MailChimp. Prior to that, he held leadership positions with Google Fiber and Google Inc. in both Atlanta and Washington, DC. He is deeply involved in the community, serving as a member of the board of the Atlanta Regional Commission and the Atlanta Neighborhood Development Partnership and as Corporate Secretary for the Fulton/Atlanta Land Bank Authority.

About “100 Resilient Cities - Pioneered by The Rockefeller Foundation”
“100 Resilient Cities - Pioneered by The Rockefeller Foundation” (100RC) helps cities around the world become more resilient to social, economic, and physical challenges which are a growing part of the 21st century. 100RC provides assistance through funding for a Chief Resilience Officer in each of the cities members, who will lead resilience efforts; resources for drafting a Resilience Strategy; access to private sector, public sector, academic, and NGO resilience tools; and membership in a global network of peer cities to share best practices and challenges. For more information, visit: www.100ResilientCities.org.

ATLANTA—After a year of accomplishments serving in the Bottoms Administration, Chief Resilience Officer Amol Naik will transition out of his current role at the end of the month.

“Over the past year, Amol has worked tirelessly to make Atlanta a more equitable city,” said Mayor Keisha Lance Bottoms. “Speaking on behalf of the City, thank you to Amol for serving this administration and helping to eliminate the needless barriers to success all too many in our city face. We wish Amol and his family nothing but the best.”

“My family has long been coping with the difficult impacts of Alzheimer’s disease, and it has become clear in recent days that it is time for me to be with my family and rally around my mother,” said Naik. “Under the leadership of Mayor Bottoms, I am proud of what we have accomplished in such a short period of time. From the passage of Clean Energy Atlanta to the reimagining of the Atlanta City Detention Center, I have been honored to have a front row seat to some of our city’s most remarkable milestones. Thank you to Mayor Bottoms and the entire team for the privilege to serve the City.”

After serving on Mayor Bottoms’ transition team, Naik joined the administration July of 2018. In his role as Chief Resilience Officer, Naik oversaw several significant initiatives designed to actualize Mayor Bottoms’ One Atlanta mission—to create an affordable, resilient and equitable Atlanta that is a safe and welcoming city with world-class employees, infrastructure and services; an ethical, transparent, and fiscally responsible government.

Among the initiatives:
The unanimous passage of Clean Energy Atlanta, a comprehensive plan to transition the City and community to 100% clean energy by 2035;
The transformation of 7.1 acres into what is now the nation’s largest food forest;
The reimagining of the Atlanta City Detention Center and creation of a Task Force charged with evaluating the use of the building as a Center for Equity;
The allocation of $100,000 to provide Pre-Exposure Prophylaxis (PrEP) services to high-risk populations in Atlanta;
The selection of Atlanta to participate in the American Cities Climate Challenge, funded by Bloomberg Philanthropies and valued at $2-3 million, to support bold solutions to meet or exceed Atlanta’s equivalent of the U.S. emission reduction targets under the Paris Climate Agreement.

Naik encourages Atlantans to support the Georgia Alzheimer’s Association, which provides care, support and research for those affected by Alzheimer’s Disease and their families.