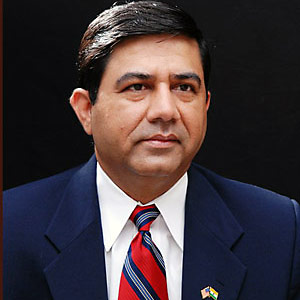 The 13th edition of Georgia Trend’s 100 Most Influential Georgians, also called “Georgia’s Power List,” was released in January. Representing the highest levels of state government and business leadership, it includes 100 people who affect the course of events in Georgia. And it includes two Indian Americans.

Ani Agnihotri, Founder/Managing Partner of consulting firm U.S. India Business and Research Center (USIBRC), links the business interests and opportunities of the U.S. and his birth country, India. He founded and chaired the first USA India Business Summit (last May in Atlanta) and is Founder/CEO of IIIrd Millennium Technologies. After studying in the U.S., he served for six years as VP and National Sales Manager of SoftPros, Inc., an Atlanta-based company specializing in offshore business development. He is a cross-cultural trainer and an India expert for several large corporations. He is the Honorable Advisor to the State Government of Chattisgarh, India, and is a graduate of Leadership Atlanta. The Festival of India, the Gandhi Awareness Week, the installation of the statues of Mahatma and Kasturba Gandhi at Morehouse College, and the India Center projects are among Agnihotri’s accomplishments during his stint as IACA president. He was the Chairman of the Board of Directors of Georgia Indo-American Chamber of Commerce (GIACC) and serves (or has served) on the board for several organizations—such as Emory University, Morehouse College, Asian American Chamber of Commerce and United Way.

Beheruz N. Sethna, a Distinguished Alumnus of IIT-Bombay, with degrees from IIM-Ahmedabad and Columbia University, is in his 17th year as President/Professor of Business Administration, University of West Georgia. Under his guidance, West Georgia has increased enrollment by 50 percent, acquired national accreditation and university status, grown its endowment to about 700 percent of its 1994 level and launched the state’s first advanced academy for exceptionally gifted high school students. He has had hundreds of media appearances to his credit based on his academic work and his administrative contributions, including the CBS Early Show with Bryant Gumbel and CNN's American Stories. Sethna is believed to be the first U.S. university president of Indian origin, and is a dedicated Rotarian with a perfect attendance record for meetings.