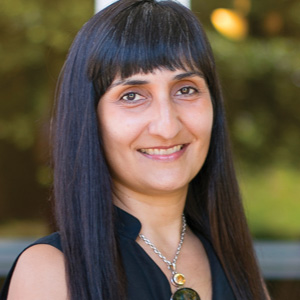 In October, at the National Press Club in Washington, D.C., Anjali Enjeti, a freelance writer based in Johns Creek, GA, received the ‘Outstanding Story on Any Subject’ award from the South Asian American Journalists Association (SAJA). It was for an article titled “A State of Captivity: Immigrants Detained Repeatedly for Old Crimes,” published in the June issue of Guernica: A Magazine of Global Art and Politics.

An award-winning writer, teacher, and VP of the National Book Critics Circle, Enjeti was recently named one of ‘9 Essayists of Color You Should Know About’ by Electric Literature.

11/5/18 Update:
Anjali Enjeti has just been announced as the winner of the Fourth Estate Fellowship given by the Sundress Academy for the Arts (SAFTA).

SAFTA says, "In the age of anti-journalism and “fake news,” we believe it is more important than ever to give journalists and writers time to research, write, and revise work that delves into the events and issues of our time.

This fellowship is intended to give writers space and time to continue to do this important and necessary work. Applicants may work in any journalistic medium—writing (traditional journalism or literary nonfiction), podcasting, vlogging, etc. The Fourth Estate Residency fellowship comes with a two-week residency during the spring or summer residency periods as well as a $500 stipend."

Enjeti teaches creative nonfiction in the MFA program at Reinhardt University and serves as Vice President of Membership for the National Book Critics Circle. Her collection of essays about identity is forthcoming from The University of Georgia Press.