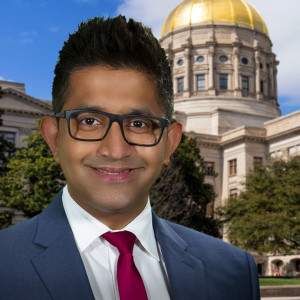 An engineer turned journalist, Archith brings more than a decade’s worth of on-air experience as anchor/reporter/host. After graduating from Georgia Tech and a 6+-year stint at Accenture, he switched to journalism because he wanted to hold the powerful accountable, watch history unfold, and tell stories about people for people. He worked in newsrooms in Macon, GA (CBS), Augusta, GA (ABC), Charlotte, NC (FOX), Atlanta, GA (CNN), and then as prime time anchor in New Delhi, India for a global English network. He has written for CNN, HLN, CNN International, Atlanta Journal Constitution, and Khabar magazine. He thrives on breaking news, live reporting, social media engagement, and entertainment stories. He has covered the Ebola outbreak from Atlanta, the U.S. 2016 election from New York, the Trump-Modi meeting from the White House, and field anchored across India.

In his spare time, Archith performs improv on stage, trains students in Western classical music, and has even appeared on ABC’s $100,000 Pyramid with Snoop Dogg and Questlove!