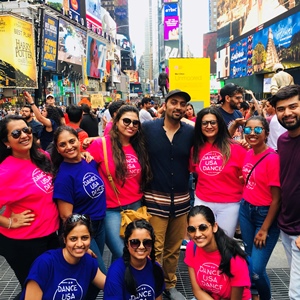 In July, Sudakshina Mukherjee and her senior dance team from Atlanta Nritya Academy got an experience of a lifetime, competing in Dance USA Dance’s Season 2 competition! Last year, Atlanta Nritya Academy made it to the semifinals of Dance USA Dance’s Season 1 competition; this year, they were one of ten teams dancing in the finals, and they received the Best Choreography Award.

They started the journey this year in Atlanta with the regional competition where they and three other teams were picked to move on to semifinals.

The semifinals had teams from all over the country, with many dance styles and backgrounds, who met under one roof to compete. For their performance in the semifinals, they chose human trafficking as the theme, performing Bharatnatyam in front of judges Chaya and Shivani from BFunk, Greg Chapkis, and JesseLee Santos. 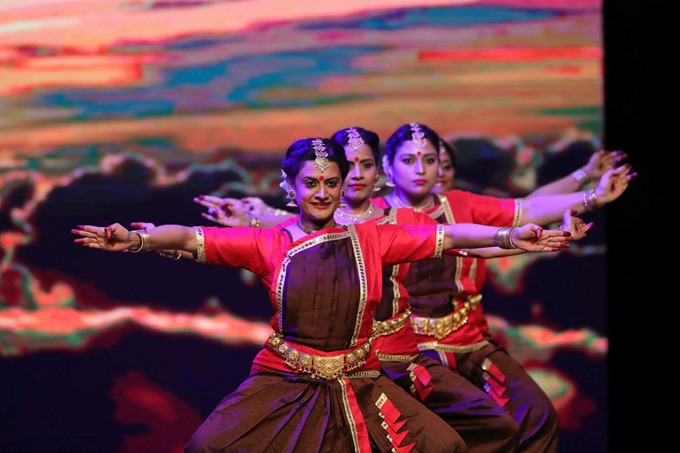 Sudakshina and team spreading a powerful message on the important social issue of human trafficking.

In the finals, they performed at the PlayStation Theatre in Times Square, New York, for judges Matt Steffanina, Lauren Gottlieb, and Nakul Dev Mahajan (who has appeared on So You Think You Can Dance). They appeared on Zee TV along with the other contestants. While 150 teams from across the nation took part this year, only 30 made it to the semifinals and 10 to the finals. They were all competing for the top prize of $10,000. From Georgia there were two other teams in the semifinals: Saazish (UGA) and Prem Dance Studio.

Sudakshina says, “Through this, I have met and have been inspired by some incredible people who are both amazing dancers and people…. Thank you my team, Jyothi Balakrishnan Shibu, Aruna Gutta, Ranu Gupta, Barshana Chaudhuri, Rai Mukherjee, Roshni and Lavanya!! As Eleanor Roosevelt best put it, ‘You must do the thing which you think you cannot do.’” 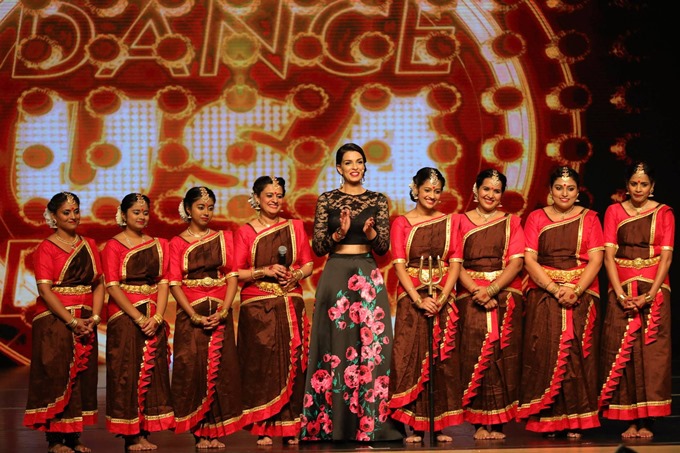 Atlanta Nritya Academy on stage after their semifinal performance on human trafficking, waiting for the judge’s comments.