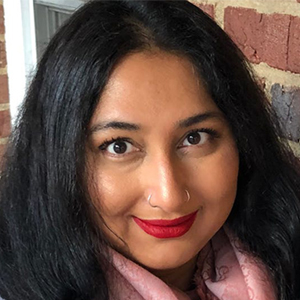 Soniah Kamal, Devi S. Laskar, Kabir and Surishtha Sehgal, and Roshani Chokshi are Atlantans or former Atlantans who are among the authors selected by the Georgia Center for the Book (GCB) for their 2019 “Books All Georgians Should Read” and “Books All Young Georgians Should Read” lists. They were felicitated on November 14, 2019 at a free public event held at the Decatur Library Auditorium.

Soniah Kamal’s Unmarriageable: A Novel (Pride and Prejudice in Pakistan) and Devi S. Laskar’s The Atlas of Reds and Blues: A Novel both made it to the award-winning list of “Books All Georgians Should Read.”

Kabir and Surishtha Sehgal’s Thread of Love and Roshani Chokshi’s Aru Sha and the Song of Death: A Pandava Novel Book 2 (Pandava Series) were recognized among this year’s “Books All Young Georgians Should Read,” a list of books selected from publications for children and young adults.

The Sehgals and Roshani Chokhshi were selected in GCB’s 2018 list for Festival of Color and Aru Sha and the End of Time, respectively.

More about each author:
Award-winning novelist Soniah Kamal (pictured above) lives in Atlanta. Her debut novel, An Isolated Incident, was a finalist for the 2016 Townsend Award for Fiction and the KLF French Fiction Prize and is an Amazon Rising Star pick. Her essays, short stories and poems have been published in Scroll.in, Buzzfeed, Huffington Post, The Normal School, and The Missing Slate, among others. 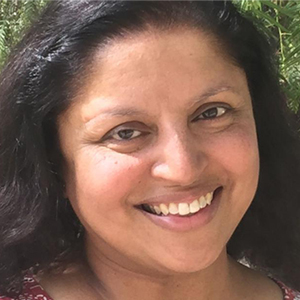 Devi S. Laskar (left) is a California-based writer. After graduating with an MFA from Columbia University, Devi worked as a reporter with The Atlanta Journal-Constitution. Her writing has been published in numerous U.S. newspapers. She has two chapbooks of poetry to her credit and is an accomplished photographer. Her Atlas of Reds and Blues is based on an incident that happened to her family while they were living in Atlanta.

Kabir Sehgal wears many hats as producer, best-selling author (adult and children’s books), musician, and composer. His prolific work has been featured in virtually every major U.S. newspaper and TV channel. He has won four Grammy and two Latin Grammy Awards as a producer. Kabir’s mother, Surishtha Sehgal, lives in Atlanta and is a former university professor. She is also the founder of a nonprofit organization that promotes social responsibility among students. She serves on the boards of two universities and a national arts center. 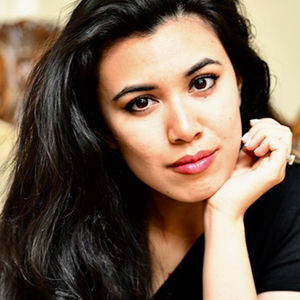 Roshani Chokshi (left), of Filipino and Indian heritage, writes for children and young adults. She is an Emory University graduate. Her debut novel, The Star-Touched Queen was a finalist for the Locus Award for Best First Novel and Andre Norton Award in 2017.