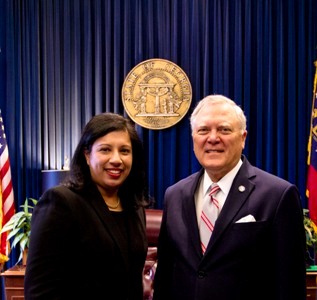 Donna S. Gopaul was appointed this spring by Governor Nathan Deal as the Solicitor General to Forsyth County. She is the first South Asian to fill this position—and that not even in Gwinnett, which has 13 percent of its population Asian American, or Johns Creek with 23 percent APA, but in Forsyth County. It is a positive step, Gopaul said, to let it be known that Asian Americans stand for justice just like other Georgians. Her March appointment by Governor Deal has triggered a special election for next year, and she is now campaigning.