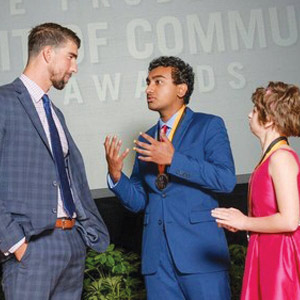 Amal Bhatnagar (center) of Northview High School, Duluth. and Kelsey Norris of Bonaire (pictured with Olympic gold medalist Michael Phelps on the left) were named two of America’s top 10 youth volunteers of 2017 by The Prudential Spirit of Community Awards during the program’s 22nd annual national ceremony in Washington, D.C. Each received a personal award of $5,000, engraved gold medallions, crystal trophies for their schools, and $5,000 grants for nonprofit charitable organizations of their choice.

Amal had volunteered at hospitals where he saw patients whose bruises had progressed into infected lacerations because they did not have basic first-aid supplies, so he created a student organization, now a nonprofit called “First Aid for All,” that has provided first-aid kits to people in the U.S., India, and Jamaica who lack access to basic healthcare. 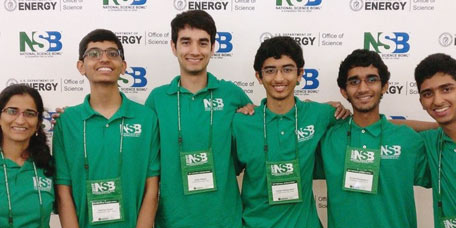 The Hooch science bowl team (from Chattahoochee HS) is new, in just their second year, but it is the second year that they have won an all-paid trip to compete at the National Science Bowl in Washington, D.C. There they beat the 2016 National Champions and placed 5th in the nation. 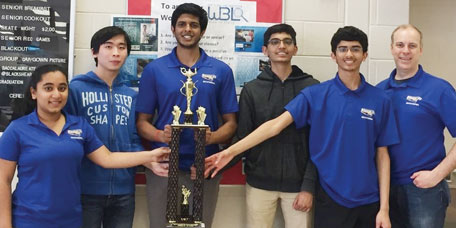 The Hooch Quiz Bowl Team had its best performance ever at the 2017 High School National Championship Tournament. They placed 5th out of 304 nationally-ranked opponents, rising from their previous placements of 8th and 7th. 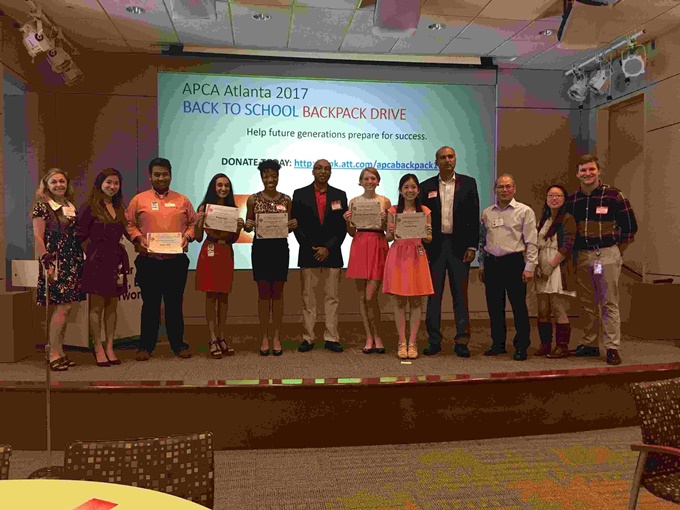 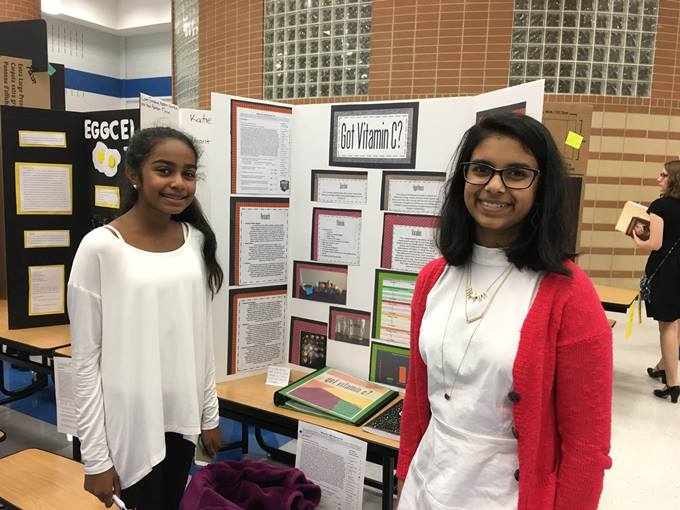 Two students from Crabapple Middle School in Roswell took first place honors at the Fulton County Science and Engineering Fair. Eighth graders (now entering high school) Anjala Sivanandan and Suhana Shirol were the winners of the chemistry category among the junior contestants. The project was titled “Got Vitamin C?” Through their research they found that vitamin C has anticancer properties. They tested four different fruits to see which one had the most vitamin C. “Out of Bosc pears, Valencia oranges, Granny Smith apples, and lemons, the Valencia oranges had the highest level of vitamin C,” said Shirol.