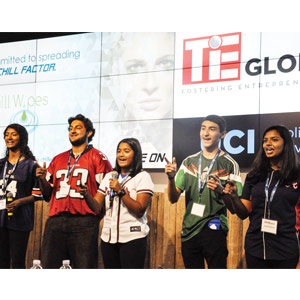 TiE Young Entrepreneurs is a robust program to educate high school students on what it takes to be successful in business as an entrepreneur. Students form teams and meet with mentors twice a month for six months to ideate, select ideas, and create a comprehensive business plan. At the end of the program, teams compete locally for title and cash prizes, and then compete against teams from across the world at the TiE Young Entrepreneurs Global Competition.

TYE Atlanta's team Chill Wipes won the Regional Competition at TiECON SE on the 29th of April 2017. They then competed at the TYE Global Final Competition held at UC Irvine on June 23, 2017 against 25 other teams from around the world and the United States. Team Chill Wipes (Shreya Rekapalli – Junior at Riverwood High School, Anuj Das – Junior at Alpharetta HS, Ananya Ganesh – Sophomore at Westminster Schools, Alex Gonzalez – Senior at Cristo Rey Atlanta Jesuit HS, and Anushka Koratana – Sophomore at Northview HS) won first place in the Global competition. They also won the Best Elevator Pitch award making them the first team ever to win both a special award and best team award. They captured prizes worth $10,000. Mentors for 2017 were Jim Beach and Amyn Sadruddin.

Second place 2017 went to “AeroCleanse” from Team Hubli (city near Bangalore, an education hub of India), which is an external air filter attached to cars and trucks to cut air pollution in developing countries. New Delhi took third with “Carry on,” a ready-packed suitcase with clothes and travel items at the hotel for frequent travelers, so they don’t need to pack and haul bags from place to place.

The team was recently featured on WABE radio’s Closer Look with Rose Scott (see link below).​ 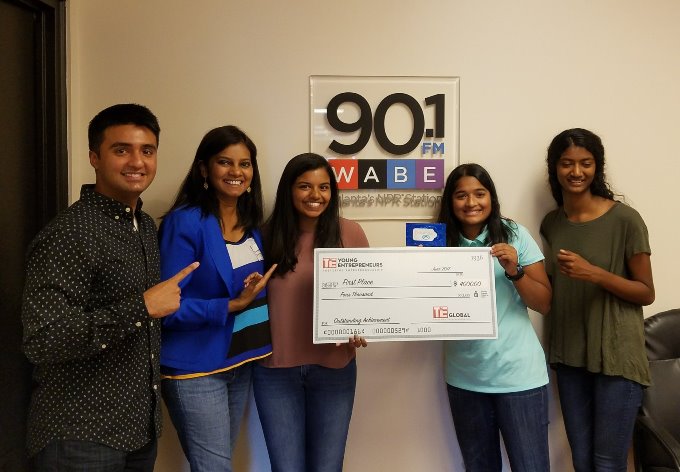