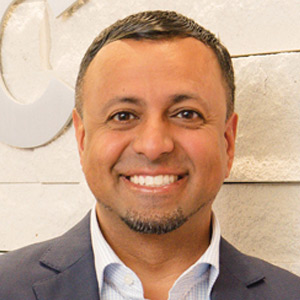 Asif Ramji, President and CEO of Atlanta-based Paymetric Inc., a world leader in secure electronic payment solutions, has been named National Entrepreneur of The Year by EY (formerly Ernst & Young). The award, instituted over 30 years ago, runs worldwide across 40 countries, recognizing dynamic, inspirational, and innovative business leaders who have transformed their companies and positively impacted their communities. This year, the gala award ceremony honoring the winners was held on November 18 in Palm Springs, California.

Ramji joined Paymetric as Chief Revenue Officer in 2009 and persuaded the company directors to switch their operating system, from using licensed software to cloud-based operations, a move that proved to be a gamechanger for the loss-making organization. Today, Paymetric Inc. is considered among the best in the payment solutions business worldwide.

Leveraging the power of emerging technologies—and changing conservative mindsets—has been the hallmark of Ramji’s career. The son of a Kenya-based Indian couple who moved west to British Columbia when he was just 3, Ramji clearly imbibes his work ethic from his parents, both of whom believe in the importance of hard work, fair dealing, and living well. An instinctive entrepreneur—his first venture was at age 18, importing Chinese accessories—Ramji has founded several companies, using his creative selling skills to push through the benefits of adopting new ideas and technologies to clients. Moving to the U.S. was a longstanding dream that came true when a large financial organization recruited him and he arrived in Atlanta. The recession however, hit the company’s fortunes hard, leaving him with little room to pursue his growth-oriented strategies. Searching for a more entrepreneurial work environment, he joined Paymetric thereafter, basing his decision purely on the gut feeling that he could make a difference. The rest, as they say, is history.

It’s not all work and profits though for this extraordinary CEO. Hands-on philanthropy is a mantra that’s at the core of his personal beliefs as well as Paymetric’s culture. Ramji is on the boards of four Atlanta organizations. Earlier this year, Ramji, with his Paymetric team worked with the Atlanta Food Bank, sorting and distributing meals among local communities. Supporting activities of the local performing arts center, the food bank, or the Center for Civic Innovation, these are some of the initiatives that Ramji is involved in as a way of giving back to the community.