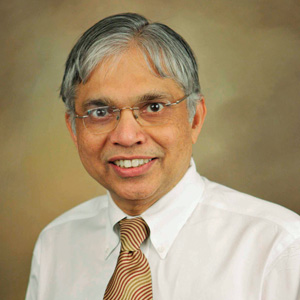 Manoj H. Shah, M.D., was sworn into office as the president-elect of the 7,400-member Medical Association of Georgia (MAG) on October 20, 2013. The Warner Robins-based OB-GYN says, “I’m honored and incredibly excited about preparing for the opportunity to head up the leading voice for the medical profession in the state during my term as president in 2014-2015.”

“Our profession is in the midst of a once-in-a-lifetime transformation,” says Dr. Shah. “We must take steps to ensure that patient care and physician remuneration and the patient-physician relationship aren’t compromised by the insurance industry or the government.”

Dr. Shah has served in MAG leadership positions for the past 10 years, including his most recent role as secretary. He was one of the founders and the first chairman of MAG’s International Medical Graduate Section, and he has served in leadership roles at the Georgia Association of Physicians of Indian Origin since 1998.

Dr. Shah and his family moved to Georgia in 1985 after he completed his medical training in Baroda, India, as well as his residency at the Henry Ford Hospital in Detroit. “As an immigrant who came to this country with just $8 to my name, I am extremely grateful and humbled by the opportunities that the medical profession and the great state of Georgia have given to me and my family,” he says. Dr. Shah and his wife, Hansa, have three children and one grandchild. Dr. Shah has been an OB-GYN in Warner Robbins for more than 30 years, and he has delivered more than 7,000 babies.