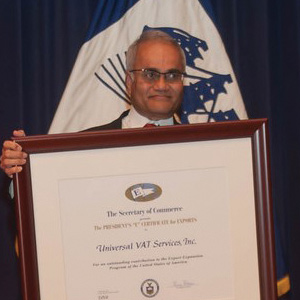 In a ceremony in Washington on May 16, 2016, U.S. Commerce Secretary Penny Pritzker presented the President’s annual “E” Award to 123 companies for their success in exporting; two were Georgia companies: Atlanta’s Universal VAT Services and Savannah’s John S. James Co.

The President’s “E” Award is the highest recognition any U.S. entity can receive for making a significant contribution to the expansion of U.S. exports. The 123 companies were the largest group to receive this award and contributed to the U.S. 2015 exports of goods and services worth $2.23 trillion. “Their success contributes to growth, job creation, competitiveness, and the success of the American economy,” Secretary Pritzker said, since they support 11.5 millions of jobs. In 1961, President Kennedy signed an executive order reviving the World War II “E” symbol of excellence to honor and provide recognition to America's exporters. Record years of successive export growth and an applicant’s demonstration of an innovative international marketing plan that led to the increase in exports are significant factors in selecting winners.

“The ‘E’ Awards Committee was very impressed with Universal VAT Services’ customization of sales channels for different export markets,” said Penny Prizker, as well as demonstrating a sustained increase in export sales over a four-year period. Raj Shah, founder of UVS, called the award “a testament to our outstanding global UVS team,” with offices in Istanbul, Mumbai, Bogota, Seoul, and Toronto as well as Atlanta. UVS is a founding member of the International VAT Association, based in Brussels. Since 1992 UVS’ financial experts have navigated the various VAT (value-added tax) laws of countries around the world to enable companies and academic institutions to reclaim unclaimed VAT tax refunds. Foreign business travelers, for example, can use tax laws to recover a portion of their overseas business expenses. 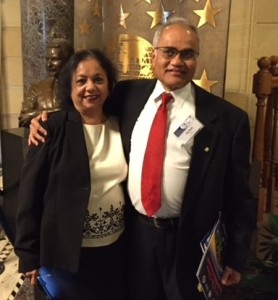 For more information about the “E” Awards and the benefits of exporting, visit
www.export.gov.

For a list of the 2016 award winners, see
https://www.commerce.gov/news/press-releases/2016/05/us-secretary-commerce-penny-pritzker-honors-us-companies-presidential. 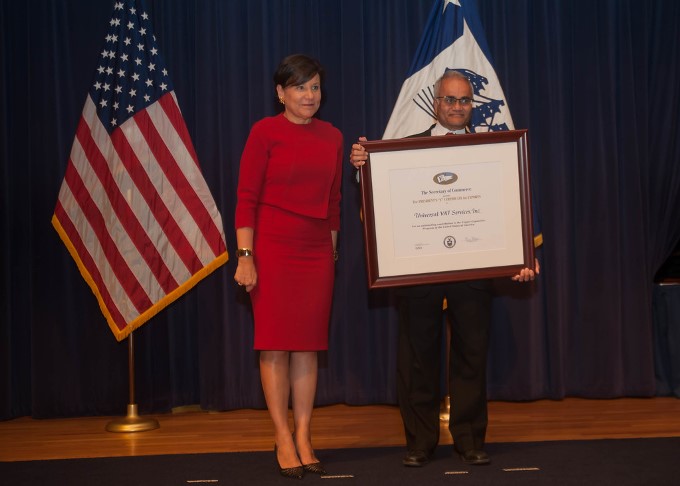