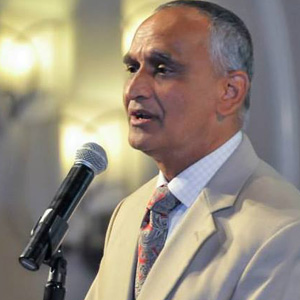 Dr. Ravi Sarma and Rick (Ritesh) Desai were the two Indian-American awardees among the Georgia Asian Times’ “25 Most Influential Asian Americans in Georgia.” The newspaper serves as a cultural bridge among the many different Asian ethnic groups that it serves. Every year, GAT celebrates the achievements of the community, its businesses and individuals. GAT awardees have made an impact in arts, business, government, politics, social work, education, judiciary, and areas that influence every aspect of Georgian’s daily life. Some are familiar; new faces are recognized for their effort and dedication to make a difference.

Dr. Ravi Sarma (photo above) is a high profile face in Atlanta’s diverse community. From medicine to philanthropy and from education to arts, the articulate, energetic, focused, and genial Dr. Sarma has impacted many lives in the community. A caring and compassionate hematologist/oncologist based in Snellville, Georgia, he is active in many professional and cultural organizations. He is an altruist, ever ready to broaden his boundaries of concern for the needy and neglected members of the community. He has played a large role in humanitarian efforts to help Bhutanese refugees settle in Atlanta. He started the Indian American Scholarship Fund to provide assistance to Georgia high school students accepted to college. In 1996, in recognition of his contributions, he was a torchbearer in the Atlanta Centennial Olympics. 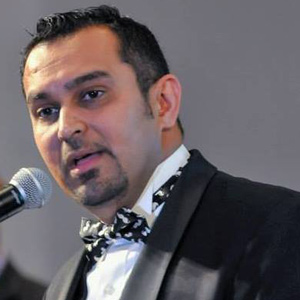 Rick (Ritesh) Desai is a serial entrepreneur and successful businessman with operations in the US and China. He was recently appointed by Governor Deal as a member of the board for the Equal Opportunities Commission in Georgia. He served on the transition committee for Secretary of State Brian Kemp and as co-chair of the Asian-American Commission for a New Georgia's Economic Development Committee under Governor Sunny Perdue. Rick was past president and chairman of the Georgia Indo-American Chamber of Commerce (GIACC). He is director of Public Relations for BAPS Atlanta and co-chair of the International Festival in Lilburn, Georgia. A passionate community leader, Rick has been the recipient of many community awards.