Sharon Mathai of Atlanta on The Voice TV show 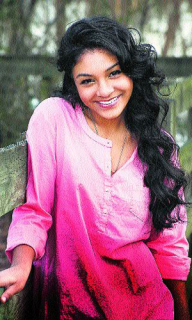 Sharon Mathai, born in New York and raised in Texas, moved to Atlanta a year ago. After making it to the top 24 on The Glee Project, the 19-year-old became one of five metro-Atlanta contestants on The Voice2 TV show this spring.

Mathai is a high school senior whose dad is a psychiatrist and mum a nurse, both from Kerala, India. She grew up singing in church and with choirs, and then woke up one day and decided that music is her calling. She also loves science, however, and will probably go back to school for a medical degree later.

“I go by Mathai,” she says “I love my last name. It shows who I am, where I am from. I want people to see my culture just by seeing my name.”

Several videos of Sharon Mathai on The Voice TV show are available on YouTube, but here is a video filmed at Sweetwater Creek in Lithia Springs, GA:
Mathai - Minnow and the Trout(cover)

Interview for the Hindustan Times
http://www.hindustantimes.com/StoryPage/Print/834885.aspx