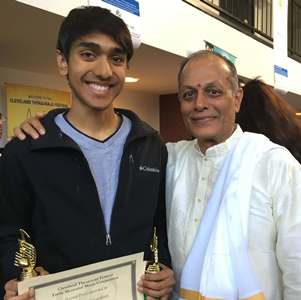 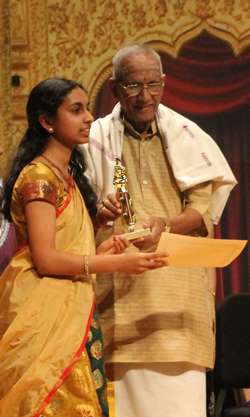 (Left) Shruthi Santhanam receives one of her three awards at the Cleveland Thyagaraja Festival.

The festival celebrates Carnatic music and dance with concerts, lectures, and competitions. It is probably the biggest Carnatic music festival after the December Chennai Music Season in India, and is hosted by the Cleveland Aradhana Committtee. V. V. Sundaram, also known as Cleveland Sundaram, is a prominent figure in Carnatic music and founder of the Festival. This festival influences Atlanta’s concerts: CAMAGA has most of its concerts from March - May as many of the artists come over to the US for the Cleveland Aradhana and then make the rounds to other cities in the US. 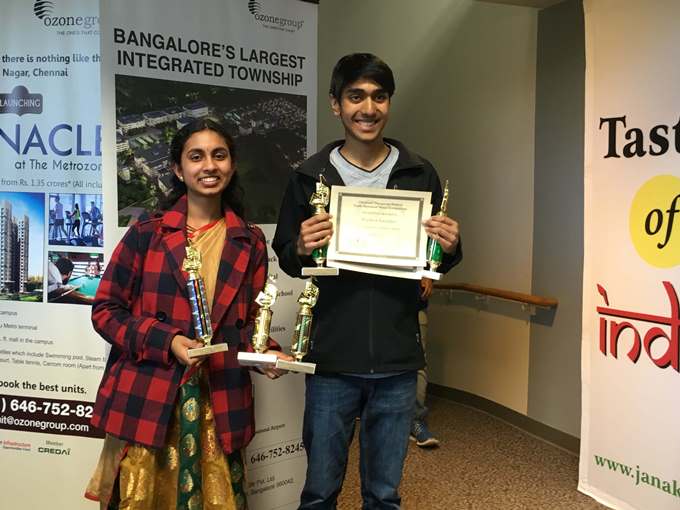