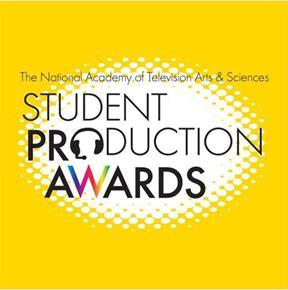 Lanier High School opened less than a decade ago, and its video program is now one of the best in the county after receiving nine Student Production Award nominations.

These nominations are given out by regional chapters of the National Academy of Television Arts and Sciences to qualify for a regional competition. Winners of each category advance to the national Student Production Award competition. Categories include General News Assignment, Music Video, Long Form Non-Fiction (documentary), and Short Form Fiction (short film).

"Sophomore Jenna Keck said most projects they work on take between two weeks to a month to complete. She was nominated along with sophomores Michael Madryzk and Sakib Jamal for their five-minute film “Gone.” The trio spent about five months making the film and made school history by producing the first narrative film to receive a nomination at Lanier."

Andy Cole, another student nominee, says, “It’s such an honor to be nominated for such a prestigious award — this award alongside our industry standard classroom instruction is truly preparing the class and me for college, career and beyond.”

Winners will be announced at the awards ceremony at SCAD Atlanta on June 9.