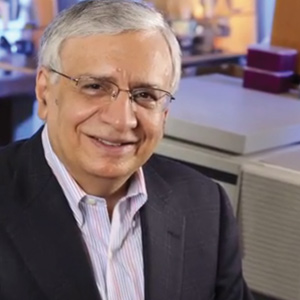 At the annual Georgia Asian Times gala on July 12, 2017, leaders from various ethnic Asian communities were honored as “25 Most Influential Asian Americans in Georgia.” Among them were three Indian-Americans.

Rafi Ahmed (left) is the Director of the Emory Vaccine Center and a member of the National Academy of Sciences. He has earned degrees from Osmania University in Hyderabad and from Harvard University in Massachusetts. He is excited about working on how infectious disease and cancer can be treated and prevented. 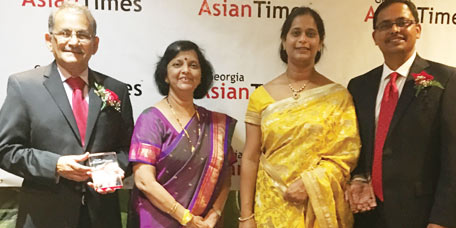 Rajan Vedak and Ravi Chander (photo on right) with their spouses.

Ravi Chander, CEO of Softpath System, an IT solutions, staffing, and consulting firm, is also President of USPAACC (the US Pan Asian American Chamber of Commerce), the oldest and largest organization representing Asian American and Asian American-related groups in business, sciences, the arts, sports, education, public and community services. He has been instrumental in the water purification projects in India. 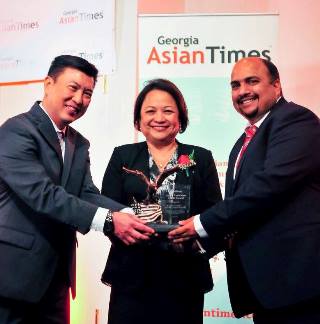 Sudhir Agarwal (standing on the right) was also present to receive the award for the Asian/Pacific American Council of Georgia, a nonprofit federation organization comprised of 15 ethnic Asian member groups based in Georgia; Georgia Asian Times recognized APAC with the Asian American Spirit Award for the group’s work to strengthen the community over the years.