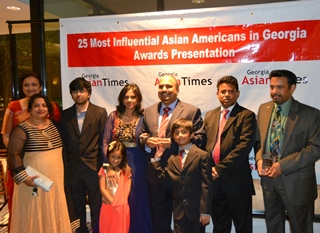 Dr. Indran B. Indrakrishnan and Sudhir Agarwal were among the 25 honored for their service or professional impact on the community. A committee of civic leaders, ethnic media, and the Board of Editors from Georgia Asian Times made selections from over 200 nominees who have made an impact in business, government, politics, social work, education, judiciary, and areas that influence every aspect of a Georgian’s daily life. 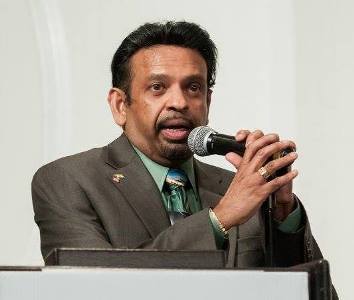 Dr. Indrakrishnan, an adjunct Clinical Professor of Medicine at the Emory University School of Medicine with a Gastroenterology private practice in Lawrenceville, has a passion for educating the public on colorectal cancer. He is on the board of directors of Fight Colorectal Cancer, a national Washington-based nonprofit organization for patient centered advocacy. He is on the board of Meals by Grace, which provides food for poor children, and Third Eye Dancers, which also focuses on children’s needs. Dr. Indrakrishnan is on the leadership council of American India Foundation, which helps rural village people in India.

He received the Bharat Gaurav Award from the India International Friendship Society. He was enrolled in Leadership Gwinnett’s class of 2017. He was described by the Pulitzer prize winning writer Natalie Angier in “The changing American family” in The New York Times. He was Greater Atlanta Tamil Sangam’s Person of the Year 2011. He is a past president of Georgia Association of Physicians of Indian Heritage (GAPI) and Georgia Gastroenterological and Endoscopic Society. Dr. Indrakrishnan is a graduate of Medical Association of Georgia’s Physicians Leadership Academy. Dr. Indrakrishnan lives in Duluth with his wife Gaythri, a CPA, and daughter Harini, an undergraduate at Emory University.

Sudhir Agarwal is Principal Business Consultant with Hewlett Packard Enterprise, and provides strategy solutions to Fortune 100 companies such as Walmart, FedEx, GM, Disney, and CVS Caremark. He serves on advisory boards of startup companies in US and India. He is co-founder of SIMSAM LLC which helps in providing IT and Strategy consulting solutions to companies across the USA. The company has launched such products as globalschoolrank.com, globalprofessorrank.com, globalbusinessrank.com, and xpertmoms.com.

Sudhir Agarwal is one of the three leaders (permanent positions) of Indian Professionals Network (IPN). He represents the Indian community on the Board of Asian/Pacific-American Council of Georgia. He is the Vice President of Rajasthani Association of Georgia (RAJA). He played a crucial role in organizing the International Day of Yoga 2015 and 2016 at Hammond Park. A team player, he works tirelessly with enthusiasm and positive spirit for people in need and to connect the Indian community and non-Indians in Atlanta. He completed his bachelors in Computer Engineering from Indian Institute of Technology (IIT), Varanasi, and MBA in Finance and Strategy from Indian Institute of Management (IIM), Lucknow. 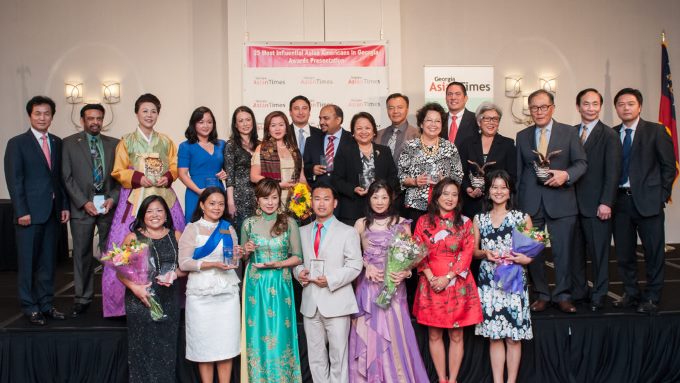 [We are pleased to be able to publish here the longer version of the article above, which contains a significant amount of additional material that could not be included in the August 2016 print and digital issues.]