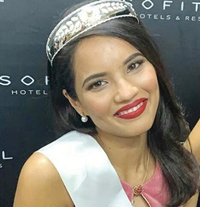 When Priya Serrao, 26, bagged the Miss Universe Australia title, she became the first woman of South Asian descent to win that honor. The Hyderabad-born Aussie Indian, who has two degrees, was 11 when she moved to Australia from Dubai. Entering the pageant on a whim, Serrao has made a big splash and now she gets to represent her adopted country, and highlight its increasing diversity, in the Miss Universe pageant.

Mira Nair’s “Suitable Boy” is none other than “Gully Boy” actor Vijay Varma. Just over a quarter-century after Vikram Seth’s epic novel was published, Nair is adapting it for a multipart BBC television series. Varma’s role in the Hindi film Gully Boy caught Nair’s attention. Her big hit, Monsoon Wedding, was inspired by Seth’s still popular novel. But there is no word yet on when Seth’s A Suitable Girl will be published.

Avi Gupta, a teen who graduated from high school in Portland, Oregon, follows in the footsteps of Atlantan Dhruv Gaur. Readers will recall that Dhruv won the 2018 College Tournament on Jeopardy! Now Avi, bound for Columbia University, is also a Jeopardy! champion, though he won his $100,000 in the Teen Tournament. He plans to use part of the money for his nonprofit focusing on dental care for disadvantaged kids.

Akshay Kumar has cracked the “Top 100 Highest-Paid Entertainers” list put out by Forbes. The 51-year-old star, ranked 33, is the only Indian actor listed, lifting him to the top of Bollywood’s current hierarchy. Reportedly, he rakes in anywhere from 5 to 10 million dollars per film. Given the renewed interest in space exploration, his new movie, Mission Mangal, focusing on India’s successful Mars mission, seems nicely timed.

Here’s the number of aspirants who wanted to land the lead role in Mindy Kaling’s coming-of-age comedy, to be made for Netflix: 15,000. Maitreyi Ramakrishnan was the lucky—and talented—winner. Based in the Toronto area, the Indian-Canadian, who is new to professional acting, didn’t even have an agent until she got picked for the role. She will play Devi, “an overachieving high school sophomore with a short fuse.”

The 2019 Miss Panama, who will represent her adopted country in the international pageant, is a native of India. Mehr Eliezer, 22, who moved to Panama when she was 6, speaks four languages—Spanish, Hindi, Tagalog, and Portuguese—and has a degree in international affairs and economics from Florida State University. Despite a setback stemming from a fall in 2017, she was able to bounce back after surgery.

Sabih Khan, who has been with Apple for almost a quarter-century, has moved up the company’s ladder to become senior vice president of operations. The Indian-born Khan will be in charge of Apple’s global supply chain operations, in addition to handling the ground operations involved in the daily manufacturing of iPhones. Khan did his schooling in Singapore before earning his engineering degrees in the U.S.

Saikat Chakrabarti, as one newspaper headline put it, is a “symbol of division” for the Democrats. As chief of staff for Representative Alexandria Ocasio-Cortez, he has taken on the moderate wing of his party, drawing both detractors and supporters. The 33-year-old Chakrabarti is a cofounder of Justice Democrats and Brand New Congress, both of which promote progressive causes in what critics call a radical fashion. 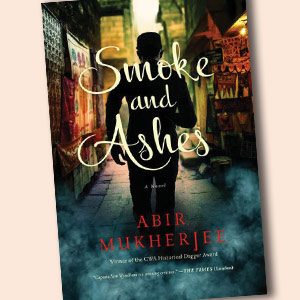 Smoke and Ashes (Pegasus Books) – by Abir Mukherjee. For those who crave another mystery novel with a historical angle, Mukherjee is back with the third novel in his award-winning Wyndham & Banerjee series. Like the author Sujata Massey, Mukherjee takes the reader to the 1920s. But Captain Sam Wyndham and Surrender-not Banerjee are not in western India, the setting for Massey’s latest novel. They are in Calcutta’s Chinatown. The novel, which opens in 1921, involves two murders that have links to opium. Wyndham, a First World War veteran, is grappling with his own addiction, which he must hide as he tries to solve the murder cases with his Indian sergeant’s help. As for Banerjee’s first name, Wyndham explains, “His real name wasn’t Surrender-not, but Surendranath. It meant king of the gods apparently, and like the names of many of the kings I remembered from my history classes, its proper pronunciation was beyond me and most of the other British officers at Lal Bazar.” 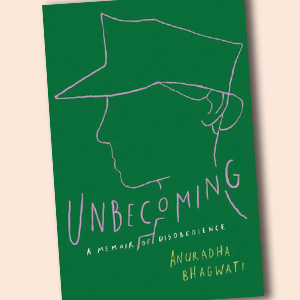 Unbecoming: A Memoir of Disobedience (Atria Books) – by Anuradha Bhagwati. What does the only child of two renowned economists—Jagdish Bhagwati and Padma Desai, both at Columbia—become? Not an economist. A born rebel, she shocked her parents by dropping out of an Ivy League graduate program to join the Marines. But her toughest battles were not in any war zone, as she reveals in this searing memoir. Rather, the author, whose uncle was a notable Chief Justice of India, fiercely tussled with an entrenched U.S. military male hierarchy that opposed combat roles for women. Just as harrowing was her entanglement with a brilliant, demanding father who thought her life had taken a wrong turn. “My new thing is to keep my distance and assert boundaries I was never allowed to have,” she notes. “Not as his daughter. Not as a girl. Not as an Indian woman.” Now an activist and a yoga and meditation teacher, she founded the Service Women’s Action Network (SWAN). The book is dedicated to her parents. 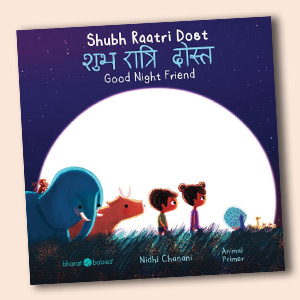 Shubh Raatri Dost/Good Night Friend (Bharat Babies) – by Nidhi Chanani. Following the success of Pashmina, an elegant graphic novel that’s being made into a movie, Chanani has come out with a board book for younger kids (4 to 8 years). Set on an animal farm in India, it’s a bilingual tale—in Hindi and English—and seems perfect for bedtime reading. Bhai and Behan (or brother and sister) use both languages as they bid good night to their family’s menagerie. In 2013, Sailaja Joshi launched Bharat Babies, having seen a need to help “families diversify their bookshelves.” The U.S.-based publishing house has four categories for its multicultural works aimed at children: Illustrated Books, Board Books, Easy Readers, and Art Series. Always Anjali, by actress Sheetal Sheth, and Super Satya Saves the Day, by journalist Raakhee Mirchandani, are in the first category—and both books won the Purple Dragonfly Book Award for Picture Books 6 & Up. The Bharat Babies team also includes cofounders SriVani Ganti and Megan Boshuyzen. 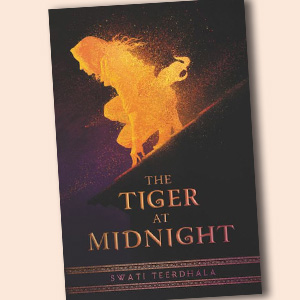 The Tiger at Midnight (HarperCollins) – by Swati Teerdhala. Here’s another YA author who, in the manner of Roshani Chokshi and Sabaa Tahir, turns to ancient history and mythology for inspiration. Published as the first volume in a trilogy, the Indian-influenced fantasy involving two protagonists explores the limits of loyalty in a high-stakes game. Following a coup, Esha becomes a rebel assassin dubbed Viper. Kunal remains King Vadaar’s soldier, and both the main characters embark on a cat-and-mouse game. As the turmoil in their land increases, and they realize that they’re pawns in a larger game, Esha and Kunal have to make hard choices. Teerdhala has degrees in finance and history, but it’s fantasy that’s close to her heart. Also: Roshani Chokshi’s second book in her Pandava series is titled Aru Shah and the Song of Death (Rick Riordan Presents). “Chokshi seamlessly weaves Indian cosmology and pop culture into a refreshingly feminist plot laced with witty dialogue,” notes Kirkus in a starred review.