A QUIZ FOR OCTOBER 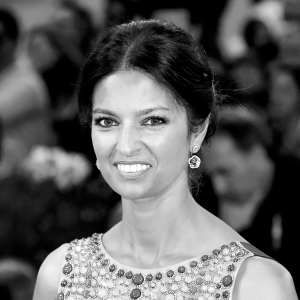 1. Jhumpa Lahiri received a National Humanities Medal recently at the White House. Established in 1997, the medal is awarded to individuals or groups for broadening our understanding of the humanities. Who was the only other Indian-origin recipient of this medal? 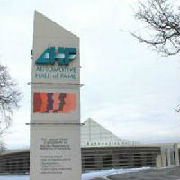 2. Detroit’s Automotive Hall of Fame was established to honor achievement in the auto industry. Name the sole Indian inductee this year—there were three others—who was credited with saving and raising the visibility of the Jaguar and Land Rover brands. 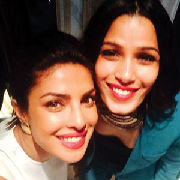 3. Actresses Priyanka Chopra and Frieda Pinto are gaining wider attention with new projects like the TV series Quantico (Chopra) and the film Knight of Cups (Pinto). This year, they jointly launched a campaign called Girl Rising India. What does it focus on? 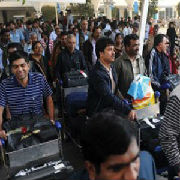 4. Indian expats in various countries tend to be younger and better educated than expats from other countries, according to a recent InterNations survey. Most striking is the proportion of Indian male expats when compared to other nations. What is it for India? 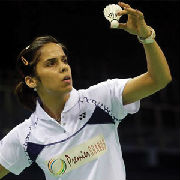 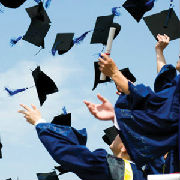 6. A new report shows that the number of students from India at American universities grew last year to reach a total of 150,000, with 81 percent of them studying in STEM fields. Which country holds the lead for sending the most number of students to the U.S.? 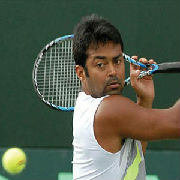 7. Leander Paes won a doubles title (mixed) at the 2015 U.S. Open, as did Sania Mirza in women’s doubles. Paes, with more Grand Slam titles than any other Indian, is the only Indian to win an Olympic medal in tennis. Where did he win a bronze in men’s singles? 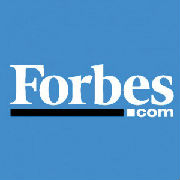 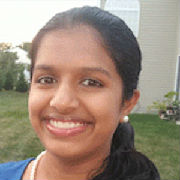 9. Who bestowed a Champion of Change award on 15-year-old Swetha Prabhakaran for launching Everybody Code Now!, which enables young people—especially girls—to excel in STEM and become engineers, scientists, or entrepreneurs? 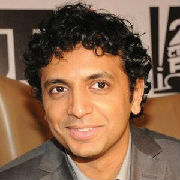 10. M. Night Shyamalan, who has picked up more than a few Golden Raspberry Awards (for worst film, director, etc.), seems to have finally broken the bad spell with The Visit, which got a decent reception. What was the hit film that launched his career?

[Answers to the quiz are ​at the bottom of this page.] 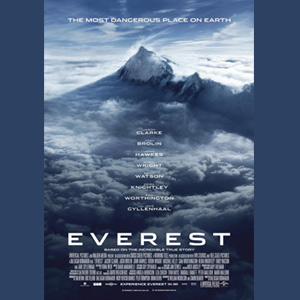 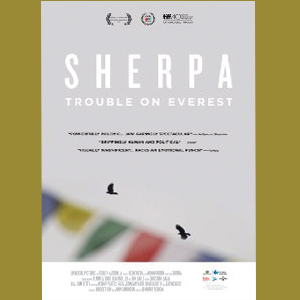 No less than three new movies have put the high Himalayan peaks back in the spotlight. The Nepal earthquake made headlines this year, but the 3D feature film Everest recreates a disaster that occurred two decades ago on the world’s tallest mountain, which measures 29,029 feet. Directed by Icelander Baltasar Kormakur, it focuses on the tragic events of May 1996, when 12 climbers died in blizzards and avalanches, including eight people who perished on the same day. Three mountaineers belonged to the Indo-Tibetan Border Force. The incident drew wide attention to the rapid growth of mountaineering, and the risks posed by unchecked commercialization and unpredictable weather conditions.

For a closer look at how the Sherpa guides bear the brunt of these dangers, one can turn to a well-received documentary by Jennifer Peedon. Called Sherpa, it explores the culture that produces such formidable mountaineers, and shows how their work—often done because there are few other opportunities—takes a toll on the Sherpa families. Sherpa Phurba Tashi, featured in the film, has to ascend Everest just once more to break the world record (21 times), which is held by Apa Sherpa. What does Tashi choose to do? Incidentally, during filming, an avalanche struck in another section of the mountain, killing 16 Sherpas. Nothing could have highlighted the film’s point more poignantly.

Meru is about another Himalayan mountain, this time in India. Focusing on three climbers—one of whom, Jimmy Chin, is the director—the film takes us to Shark’s Fin, the difficult-to-reach summit of Meru. Three expeditions spanning eight years are covered in the film, showing how this famously treacherous mountain is only for the hardy, not the foolhardy. 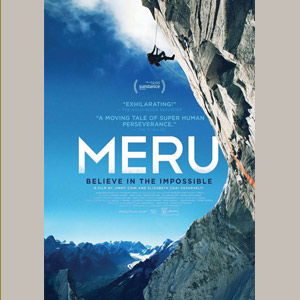 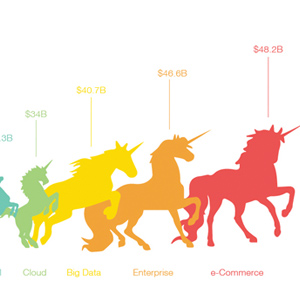 Many have heard of Snapchat, but what about Snapdeal? It’s another “unicorn,” to use the term coined for a tech startup whose valuation equals or exceeds $1 billion. Do we have another bubble here? Whatever the case, there are a number these billion-dollar “beasts”—and not a few were launched by desis, going by The Wall Street Journal’s Billion-Dollar Startup Club. Snapdeal appears high on the list, with only Flipkart exceeding it in valuation among Asian-based companies owned by Indians. Founded by Sachin and Binny Bansal, Flipkart remains India’s largest online retailer, currently valued at $15 billion. Snapdeal, founded by Rohit Bansal and Kunal Bahl as India’s answer to Groupon, is worth $5 billion. The largest Asian company, China-based Xiaomi, is worth a whopping $46 billion. In the U.S., Uber ($51 billion) takes the top spot.

The largest South Asian players based in the U.S. seem to be Jawbone, Bloom Energy, and Instacart. Jawbone ($3.3 billion), founded by Hosain Rahman, focuses on wearable technology, while K.R. Sridhar’s Bloom Energy ($2.9 billion) is drawn to sustainable energy solutions. And Apoorva Mehta’s Instacart ($2 billion) is in the grocery delivery business. That’s not all. The following startups with an Indian connection have also made it to the billion-dollar club: Zscaler, Zomato Media, Quikr, Funding Circle, AppDynamics, Actifio, Jasper Technologies, One97 Communications, Nutamix, InMobi, and Ola Cabs. 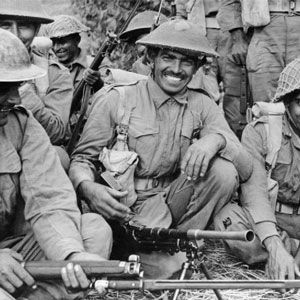 Though 70 years have passed since the guns fell silent, World War II is still remembered with horror and awe. No other conflict wreaked as much havoc and the combatants of no other war have drawn as much notice. Indian sepoys who played a valuable role in the Allied victory didn’t get enough attention back then, but there have been efforts in subsequent years to honor their contributions. Two recent works—Yasmin Khan’s India at War and Raghu Karnad’s Farthest Field—deepen our understanding of the Indian role. Another example is the Commonwealth War Graves Commission (CWGC) website. Thanks to CWGC, we now know about flying ace Dodla Ranga Reddy, who was just 22 when he was shot down over Assam by a Japanese plane while he was trying to warn a fellow pilot on a reconnaissance mission. This was just one casualty.

The Battle of Kohima saw some of the war’s fiercest fighting when an Indian brigade—with no access to supplies and at a steep loss of lives—held off the advancing Japanese forces for six days, giving the Allied forces valuable time to recoup. The killed, wounded, and missing included over 4000 Indian and British soldiers. Then there was the Burma campaign, for which Indian soldiers were awarded 18 Victoria Crosses. In the West, Indian soldiers took part in fierce battles against Nazi Germany. And the Indian contingent during the assault in Italy was the third biggest (after the U.S. and U.K.), involving the Rajputana Rifles and Gurkha Rifles, among others, and resulting in five Victoria Crosses for Indians. 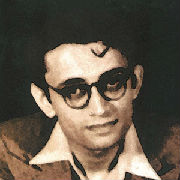 Saadat Hasan Manto was just 43 when he died in Lahore 60 years ago. In the Indian subcontinent, arguably, no other 20th-century writer of short fiction has matched Manto’s stature. Manto lived in Pakistan for less than a decade, but his work is treasured there as much as it is in India. He wrote in Urdu, and translations of his writings continue to be published, the latest being My Name Is Radha by a Wisconsin-based Urdu professor. Other Pakistani writers (like Khalid Hasan) and Indian writers (like Aatish Taseer and Aakar Patel) have also done English translations. While Taseer focused on Manto’s short stories, for which he learned Urdu, Patel turned to his essays and other nonfiction.

Last year’s well-received Bombay Stories, in a new translation, takes us to the city’s gritty streets, populated by colorful characters, and to pre-Partition India’s nascent film industry. Now there’s even a new feature film about Manto, from Pakistan, that played in packed theaters and drew raves from viewers. Sarmad Sultan Khoosat, the director, plays Manto in the film, which focuses on the post-Partition period of a writer who never got over the subcontinent’s division. Manto may have been torn between India and Pakistan, but the label “Indo-Pak” writer truly fits him and he’s claimed by both nations.