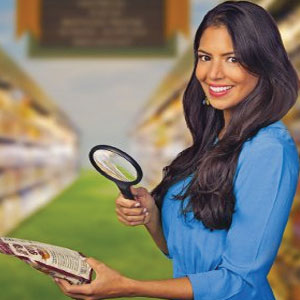 That’s what blogger and activist Vani Hari calls herself. Food Chick would have been just as appropriate. Not only did Atlanta-based Chick-fil-A pay attention to Hari’s criticisms, but they brought her in as a paid consultant and adopted some of her recommendations for making their food healthier. Hari, based in Charlotte, wasn’t always health-conscious. In fact, when she was a high-achieving corporate consultant, her lifestyle—involving unhealthy eating, constant travel, long hours—took a toll and she rapidly gained weight. She even ended up in the hospital, which became a turning point in her life. After doing some research, Hari realized that genetically modified food was problematic. What she ate, she concluded, contained harmful ingredients ranging from artificial additives and unsaturated fats to pesticides. That’s not all. Even the food she considered safe was not always nutritious. Changing her habits, and switching jobs, she started her blog and became a vigorous activist on the food front.

Chick-fil-A became Chemical-fil-A in her attack, causing a minor sensation. In 2013, she got Chick-fil-A to remove high fructose corn syrup, dyes, and a butane-based chemical called TBHQ from their products. Hari first grabbed the spotlight when she displayed a sign written with a lipstick at the Democratic National Convention in Charlotte. It read “Label GMOs.” The Food Babe has also taken on Kraft, Chipotle, and Subway, among others; and given the success she’s been having, her battles seem far from over.