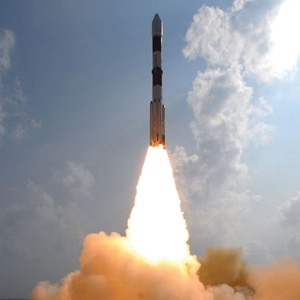 Literally meaning “Mars craft,” it’s the name of an Indian spacecraft heading to the Red Planet. India’s first interplanetary mission is officially called M-O-M (Mars Orbiter Mission). Launched in November 2013, the spacecraft is on track to reach Mars in September 2014, although it will remain in a heliocentric orbit rather than land on the planet. India now becomes the world’s fourth nation to successfully embark on an interplanetary journey. While it’s been smooth sailing (or flying) so far, following a highly complex liftoff, other challenges remain. The spacecraft accomplished one trajectory correction maneuver, but there are three more before it completes the 300-day journey to Mars.

The biggest challenge comes in the final stage. Since the spacecraft and Mars will be on different orbits, there’s just one chance to fire the rocket properly, in the right direction and for the right duration, before letting the gravitational pull of Mars do the rest of the work. Stay tuned.