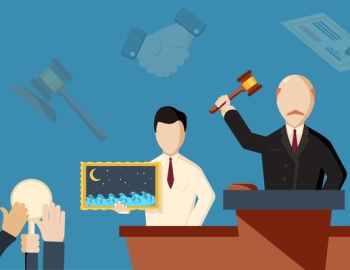 It’s the name (or non-name) of the abstract work that fetched a record $3.8 million at Christie’s first art auction in India. The painting was done by Vasudeo Gaitonde, a Goan artist who died in 2001. A titled painting—Syed Haider Raza’s “Saurashtra”—held the previous Indian record, selling for $3.5 million in 2010, also at a Christie’s auction, though that one was held in London. We don’t know who bought Gaitonde’s “Untitled” in Mumbai. The anonymous buyer is based overseas, so it could well be an NRI. That shouldn’t be surprising, but what may surprise is that India-based collectors these days are no slouches when it comes to buying contemporary Indian art. An Asia-Pacific Wealth Report points out that the number of people in India with at least a million dollars in investable assets increased by 22 percent in 2012.Well, so much for India Inc.’s recent setbacks and the rupee’s decline.

Gaitonde’s $3.8 million painting wasn’t the only artwork titled “Untitled” at the Mumbai auction. There were other untitled paintings from Ganesh Pyne, Tyeb Mehta, Bhupen Khakhar—and, indeed, even a second untitled painting from Gaitonde. All were sold, which makes one wonder how many more untitled Indian paintings are stashed away, waiting to be sold to collectors for loads of money.